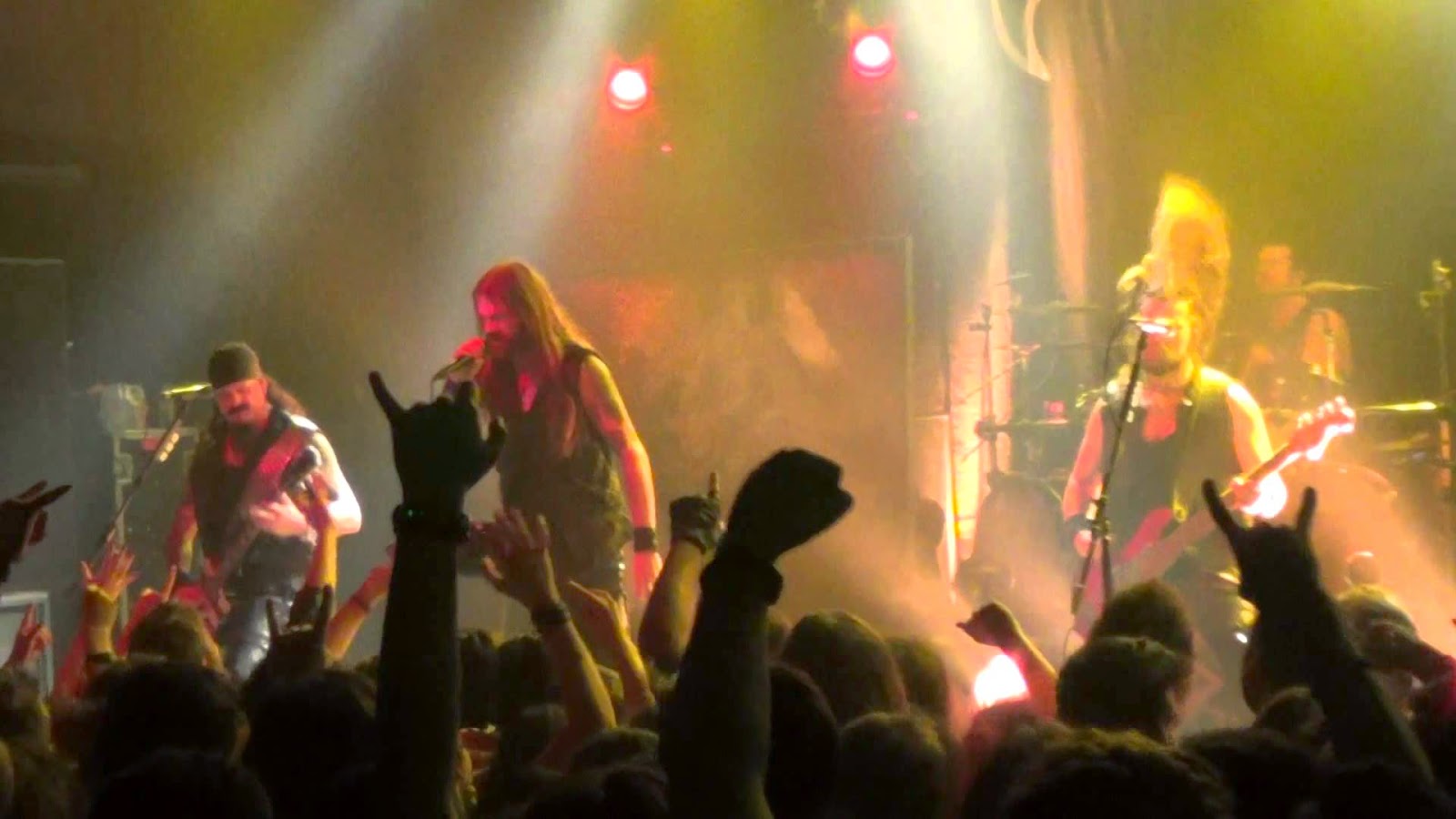 The gravity pulling against to me to attend week night shows played into my favor , as I narrowly avoided the openers, as like Kamelot, Iced Earth are one of the rare bands in a genre normally heavy on cheese I like .So taking that into consideration, Sabaton would have been too much for me in terms of the level of dungeons and dragons like pageantry.  I heard they went over well with the crowd , that was more of a white trash meets the geeks of progpower sort of affair. The size of the crowd surprised me ,but aside from Dragon-Con and Prog Power, the band hasn't really been through Atlanta much. 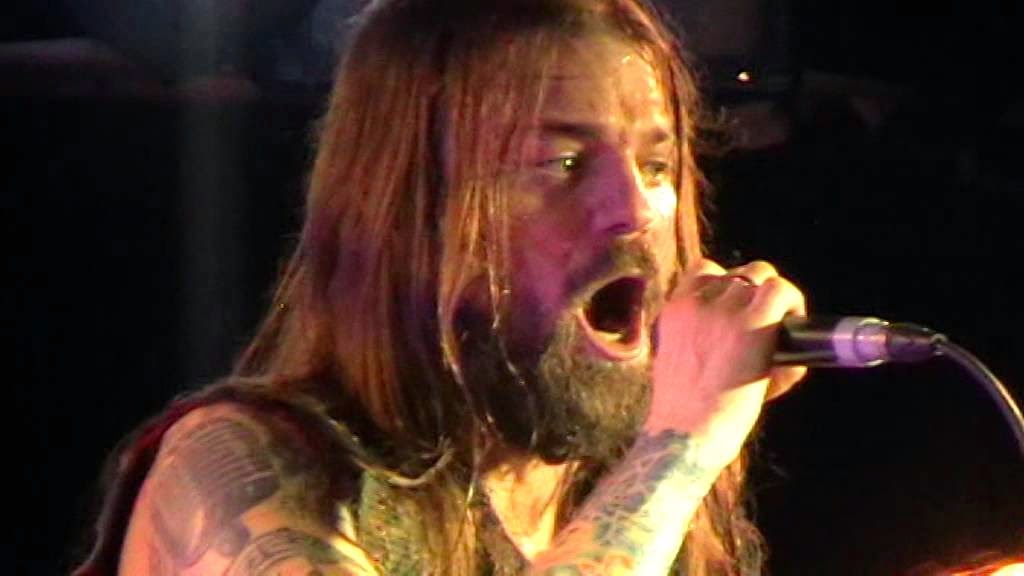 Stu Block was in the hot seat in my book. He had the most to prove.  Having to fill Matt Barlow's shoes, is no easy feat, not that Barlow is in my top ten metal vocalists, but he has some pipes and more than that a distinct sound. Sure he can nail the metal yodel, but he does it not in the Star Search or Journey manner many progressive metal singers do , but with some balls.

I notice Block's, upper register is pretty piercing in falsetto, but he goes from chest register right into it and doesn't go into the more Paul Stanley sounding rock strained rock tenor that Barlow bridges his head voice into.He was able to fire off piercing highs on command with a lot of power and his voice did not wane as the set progressed.

It made me happy to hear Vengence is Mine from Dark Saga, which is my favorite Iced Earth album as it defines what sets them aside from other power metal bands in that they are also firmly rooted in thrash. There was a pretty decent pit , though small compared to say Morbid Angel, but better than any moshing that would not erupt at a Hammerfall show. 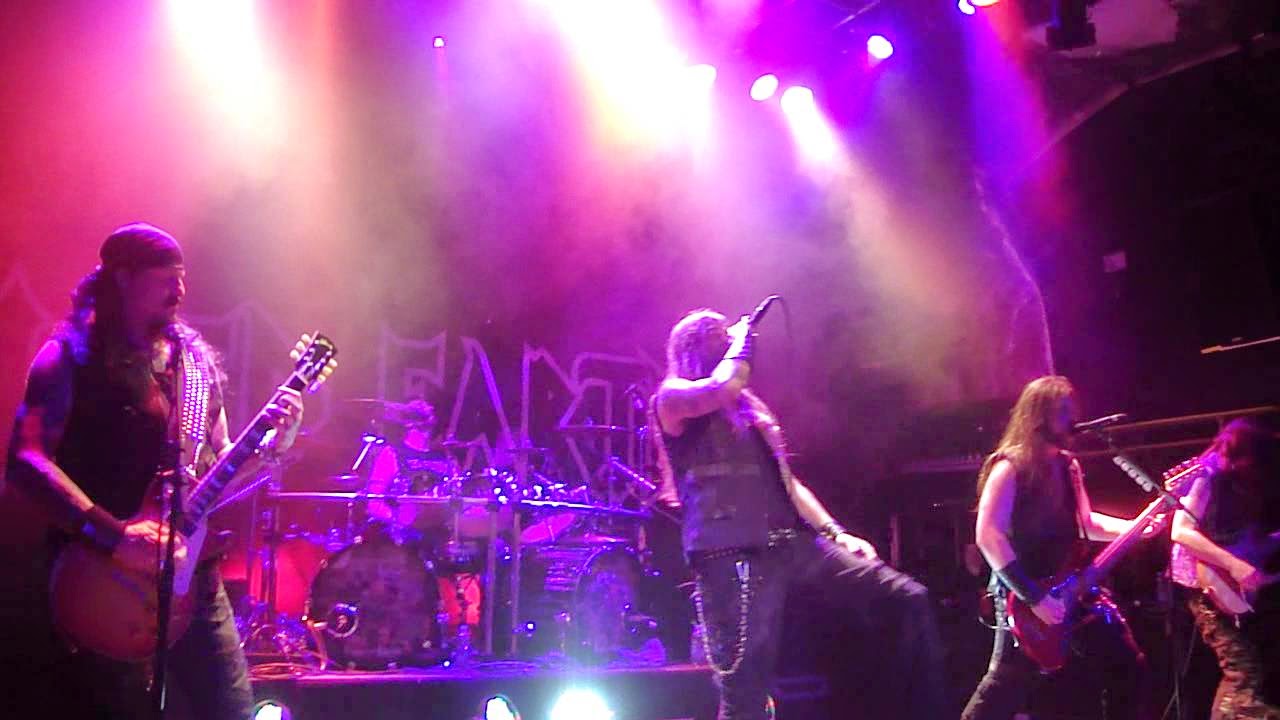 The only drop in energy was the power ballad off the new album which came way earlier in the set than I would have expected., The gritty baritone approach Block went with on this one made it seem to much like Shinedown for my taste buds, aside from that the set was largely in your face. John Schaffer has preserved his trademark crunch, not feeling the need to pull out Orange amps or detune as trends over the years have shifted.

So this performance won me over to accept the current incarnation of the band as it carries on their legacy. If straight up metal with no apologies is your thing it is highly reccomended that you give te current line up a shot.These guys recapture the feel of Preist and Maiden era classic metal in a way thats their own and are all the more authentic in doing so.