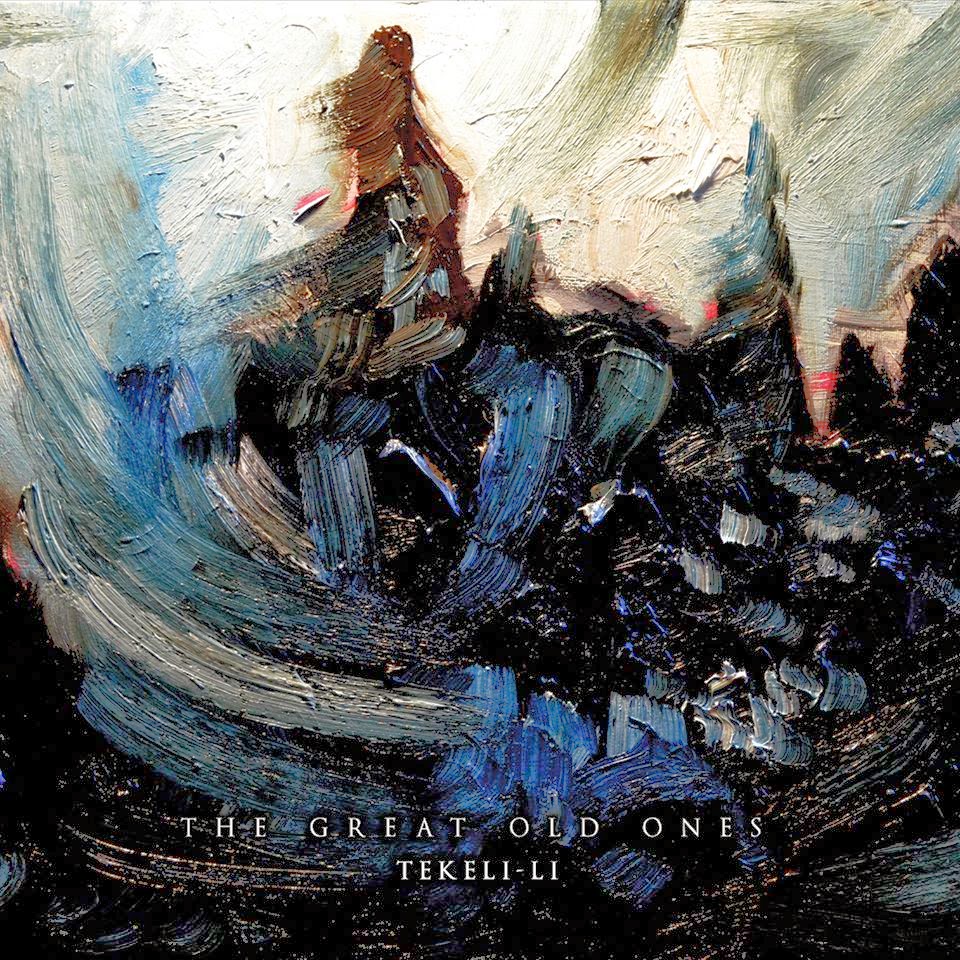 The French Lovecraft worshipers are back and heavier , the more Alcest leanings have given way to a more churning almost atmospheric death metal element. They share more in common with their country men in Deathspell Omega on this one. From the onset the riffs are catchier pit churners like if Behemoth stumbled upon shoegaze. Sure the black metal elements are there but only in the same way Deafheaven is at times black metal...o.k maybe more black than that as they won't be playing Bonnaroo anytime soon. But this album will open them up to a wider audience as the riff have more meat to them, the kind most metal heads can head bang to without the atmospherics taking away too much of the thunder.

They are heavier , but there is a certain dark and ethereal sprawl that seems to have been a little more streamlined,as the song writing process here is refined. It's taken more listens for this album to click with me than their previous efforts.The more I listen the more the balance of the heavier direction seem to make sense, it's much more intense listen , though less moody which is what I normally go for in music.

They toy around with atmosphere on the beginning of " The Elder Things" the piano line gives way to a more Enslaved crunch, though in some ways it reminds me of a less viking Moonsorrow as well. Fans of more straight up cvlt black metal will be pleased by some of the more blasty moments.These capture the type of drone early Darkthrone had been with more technique.  I can also hear shades of  Negura Bunget here, but there is little that really makes you say "oh, those guys must be from France they sound like Alcest or Deathspell". Which is one of the strengths to metal coming out of France is the highly creative nature and the embracing of the individual voice.

"Awakening" has more of the moody doom creep to it, as they sludge out the dismal clamor of the chords, before building it up into a very deliberate pound. One thing I like about these guys is for a black metal band you can hear the bass.The begin the ebb and flow that is more familiar on this song , dropping down into more sedate and droney passages of darkness. Though here they pound out of them with a renewed fury.

They waste no time getting back to the blast in "the Ascend" which at this point for me is like a band reverting to punk rock.The velocity is deafening and some of the chances at melody get lost in translation. The drumming is impressive there is not doubt the dude had monster stamina.It's just very one dimensional.

They redeem themselves on the monolithic 17 minute epic "Behind the Mountains". They blur into a pretty mean quick paced assault but it has enough tempo changes and accents to make it interesting.It dives down into a more brooding and beautiful section at the 5 minute mark, giving room to breathe and allowing space for dynamics. There is some really expressive guitar playing in the middle of the song, the growled vocals begin to all sound the same midway in. They are an anguished mid-range, well done for what they are , but what they are is only one shade. There is some spoken word narrative.

One of my favorite moments is when they reach the sweet spot more metal bands need to aim for in the songs final six minutes , where they are heavier sonically than they are metal. It brings a beautiful transcendental quality to the music and is one of the things I love about black metal when it is done right. It make the blasts that follow a little more palatable.A minute at that speed goes a long way. I will give this album a 7 as the defaulting into the blastiness, seems like taking the easy way out ,when they shown the greatness they are capable of.