Report to the Dance Floor - The Faint : "Doom Abuse" 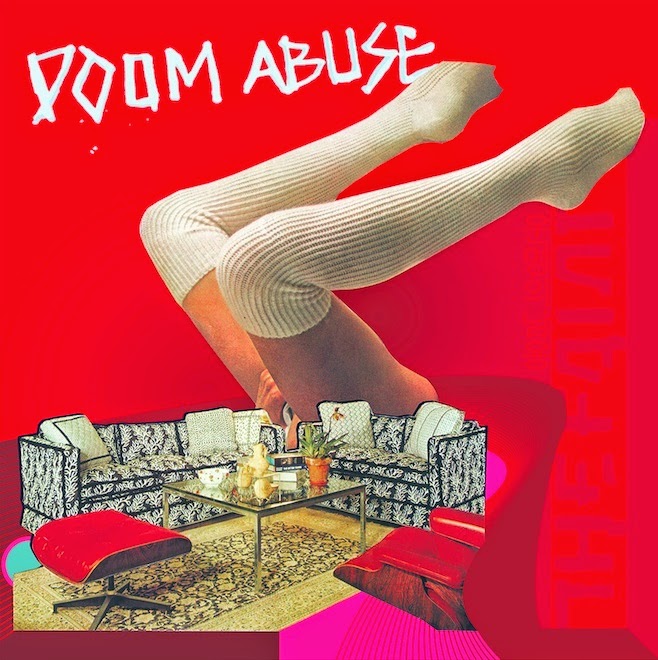 It takes them about three songs to get into the darker almost angular cold wave sound I want for them. The hint of euro-trash via Omaha doesn't coat the album and they had already taken a turn from that back on "Wet From Birth". The first two songs are more pop though not unlike some of the more electro tinged indie rock these days.

The lead single off the album " Help In the Head" has enough off of their signature sound to pacify, the likes of me.The chorus hook is catchy enough to offset some of the craziness fluttering chaotically about the rest of the song in a more reckless fashion than they have flirted with in some time. There is what strikes me as more of  B-52's new wave feel to "Mental Radio".I don't think the melody to this one is as strong as "Help in the Head".

It took a few listens to really get a grip on what I thought off the fairly straightforward dance punk of " Salt My Doom". "Animal Needs" sounds like it could have been a b-side from the Wet From Birth days. The lyrics are ripe with social disdain . There is a touch to the glitches of " Loss of Head" that makes this sound like the track to be voted most likely to be played in the clubs. It is also the song that reminds me the most of "Danse Macabre".  There is a more synthesized coating to the approach of " Dress Code" m, that sounds like droids covering Devo.


"Scape Goat " is first song where the real instruments really stand out to me , and the song has more of a punk rock attack to it. "Your Stranger" touches on similar lines , though is higher in the quirk quota. It has their typical disenchanted lyrics over otherwise , peppy poppish electro.

The Kraftwork like tension to " Lesson From the Darkness" creates great atmosphere , but as as song it doesn't grab you as much as some, though it's drone works on you like a piece of 80's darkwave. "Unseen Hand" strikes me the most like classic Faint, but they are utilizing sounds at their disposal in 2014, which gives a wider scope of sounds. "Damage Control" evokes a more modern almost witch house sound in the murk coating the 808 beat.The melodies are very carefully placed, it shows songwriting is where these guys really excels, rather than being the master of instruments they are more about capturing sound, this album is less organic than previous efforts and makes it harder to see the line where real instruments come into play

Not a perfect album ,  much less the best one they have released, but it offers so well written songs, that step forward into todays sounds while being true to their identity, I think it upholds the band's legacy well and I will give it a 9.5 and see how it holds up over time, I recall Wet From Birth and Danse Macabre growing on me over time.