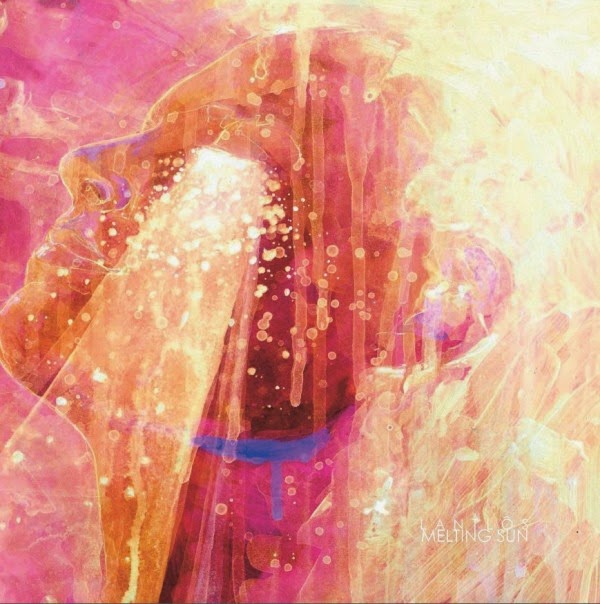 Despite the Niege connection the band has only dabbled in black metal and was more of a post- rock band at heart as most members came from Liam. I really liked "neon" and never gave "Agape" much of a listen , but was curious about this one , so I'm guessing if I had paid more attention to "Agape" this might not seem like such a hug leap into prog shoe gazing.

Each song is labeled as another part of the album which can me seen as one piece if this were classical music or just pretentious. Supposedly six parts one of them is a two minute noise interlude which got deleted as soon as it was discovered on my ipod and truth be told the final song, ' Golden Mind" is so shoe gazing it has a hard time holding form or my attention for that matter.

The shimmer to "Azure Chimes" is breathing in a way I haven't heard since the golden days of Jesu, which is the best comparison to where these guys are now headed. Though they embellish the hypnosis the beautiful drone induces by jarring you with angular syncopation of math rock more along the lines of older Minus the Bear. The metal moments are still there, the distortion is lower and thicker giving them a tone more like Katatonia's heavier moments of "Night is the New Day" , though there is a liberal dose of Hum influence on this album.

With out the benefit of Niege's delicate tenor the vocals default back to the slacker post-rock approach derived from the 90's. The vocals are generally sparse , but their inclusion is important as they ground these songs into being songs rather than a soundtrack.

The guitar tone on this album is remarkable. Not only from a production aspect , but what these guys to with the effects at their disposal using them to shape their playing rather than hiding behind all the delay.Things break from just shiny melancholy into a darker The guitar parts get pretty incricate in many of the long sprawling passages they wander trying to find their way back into the song. They linger in white noise before draping themselves into  "Aquamarine Towers". This has one of the more alternative rock moments in terms of accessibility, just because they are not has heavy the songs are still pretty dense for your average radio listener , so they are not selling out by any means.

They employ a more Minus the Bear in the guitars approach to "Jade Fields". They delve into a much darker place than your average mathrock band would dive. The angular accents on this song make it stand out from the other wise dreamy float of the album. I will go ahead and give this one a 9.5 , as they have grown in a way that makes them more current in their sound and shows a lot of growth in the adventurous way they prog out. The lulls some of the shoegazing takes it what keeps it from being perfect.