Up From the Underground : Plastic Yellow Band "Breathe Air" 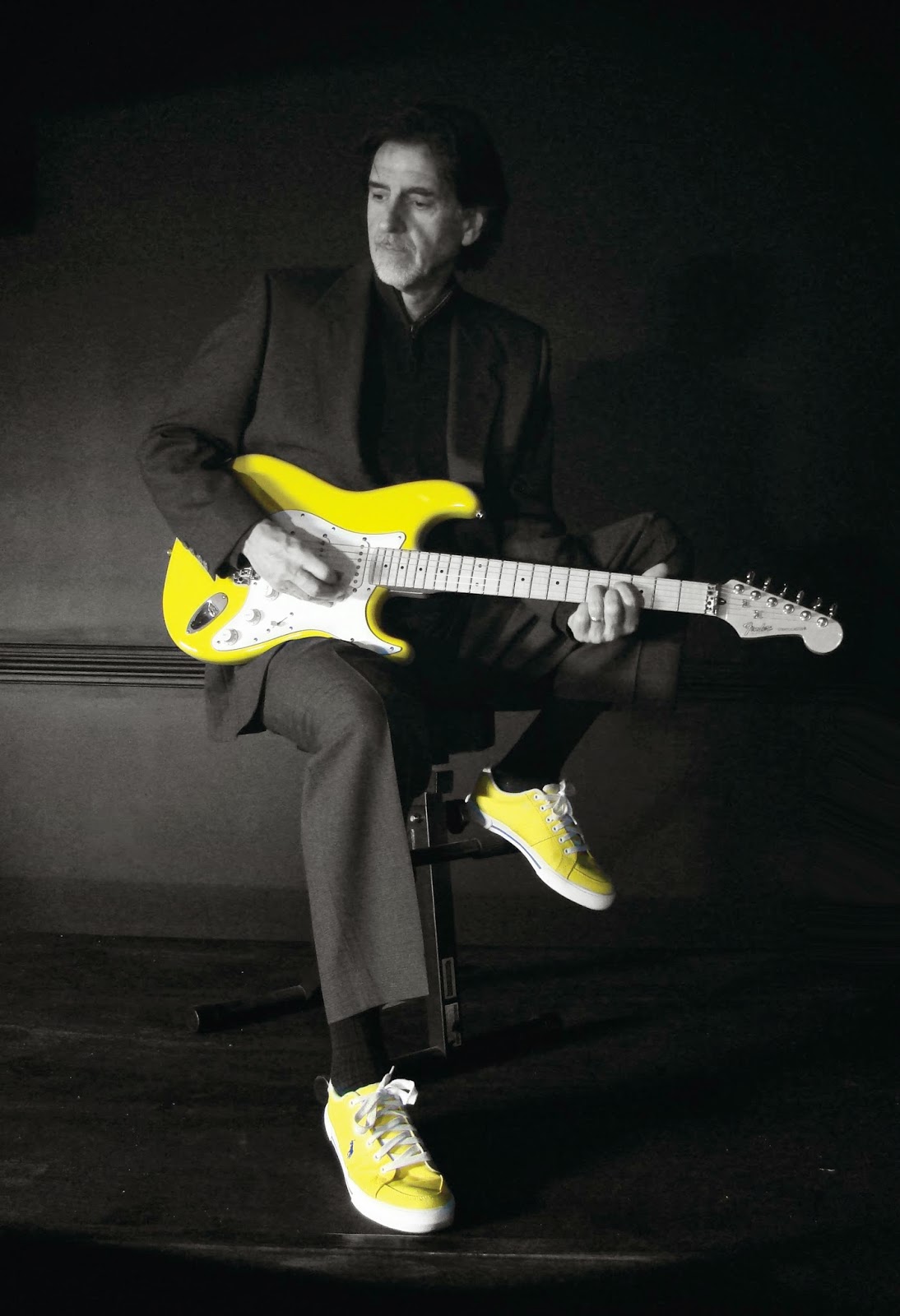 If South Carolina is not the first place that comes to mind when you think of Brit Pop, its for good reason. As Plastic Yellow Band proves by holding a ghost of a country influence haunting on the outskirts of this low key psychedelia not too far removed from Pink Floyd's more radio friendly moments or Jeff Lynne .There is more of a solo Beatles feel than the Fab Four together, like "She's My Woman" that sounds more like solo Lennon, but with a dirtier blues sound.

Singer songwriter Gerald Jennings has a straight forward approach that is at times decorated by the twinkle of sitars. More often less Rubber Soul and more focused on the Tom Petty like strum of the guitars. In many ways this album reminds me of the Travelling Wilburys, in the scenic route it steers itself. They do take steps forward into a more modern sound on " Nervous Stuff" which sounds more like some of the Adrian Belew penned King Crimson, but with liberal winks to Hendrix in the manner the solo rolls out backwards and forward in a wavering wall of trippy haze.

I was not expecting the female vocals on "I Want to Feel Your Love" they fall some where between Christine Mcvee Fleetwood Mac and Nico. Though the guitar on this song would appeal to the fans of the new wave of alternative folk and sounds like it would grace coffee house everywhere. The more modern sound re-emerges with less intensity on " She Let It Down" . The melody more solo David Byrne than any shades of Liverpool, which is cool a it allows the band to broaden the spectrum of what they do.

There more rock moments of "Oil Kings" remind me of Lenny Kravitz's cover of American Woman, though the vocals are more prog quirky, until the build into a more John Lennon like flow. The guitars on this al;bum are well recorded and thought out. The album returns to the often angular melodies that remind me of Adrian Belew or even Utopia era Todd Rudgren. This territory leaves room for guitar heroics like those seen on " Alone(It's Hard) ".

The piano balladry on songs like "Climate Change" don't play upon the bands strengths.The guitars do drift into post- Roger Waters era Floyd, but without the melancholy of the Division Bell. The album takes on an ambitious third act with the "Sunlight" trilogy of songs.The idea of this is more proggy than where they take this. I can hear elements of XTC, on this sort of thing. It's not until the guitar solo pops in that the first part of this trilogy ever reaches a dynamic shift.

On the second part of  Sunlight variations, they band strikes a more flowing stride and the piano parts work with the song to create a sense of movement. The piano part takes off into a solo section that leads into another guitar solo. The guitar solos enhance the album rather than take the spotlight away from the song's momentum. The guitar tone is very David Gilmore, which is am impressive feat.

The drum solo that's lead into the third movement of the Sunlight variations, is a little more Beatlesque. This is due to the tight harmonies that are well produced. This further emphasizes the Jeff Lynee element that haunts this album. Which in turn brings about these Travelling Wilburys comparisons. The harmonies achieve the intended goal and the album as a whole finds a more authentic place than many of the alternative bands who flirts with such aspirations.

This album is slickly produced and well written , fans of the more radio friendly era of later period psychedelia so give this album a listen. The focus is more on melody than bathing you in dripping sonic head trips. There is a great guitar sound on this and any aspiring guitarists might take note of the dynamic yet tasteful playing on this album.