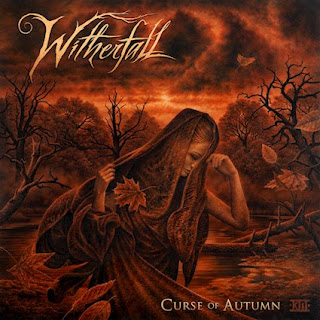 In the 80s I preferred the thrash bands like Flotsam and Jetsam, who had the soaring metal yodel vocals , so these guys work for me where a great deal of other power metal flavored bands do not. It helps that these guys are also darker and more aggressive. It does not always have to be full speed metal ahead for me as I think when they use melody to give themselves more breathing mood on a song like "As I Lie Awake". The only problem is the chorus to this song falls into that happy side of power metal I am not a fan of. I am hoping this album works out more like their last and they largely avoid the common pitfalls of power metal rather than give in a conform to them.

"Another Face" is like Queensryche with more balls, which could also be Sanctuary, who I saw their singer filling in for Warrel Dane so that makes sense. They have all the proggy elements in place but offer up enough crunch in the guitars to make it work. They find a good balance of pageantry and balls on "Tempest" . If the leaned further in the power metal direction this would not have worked for me. The title track is more of an interlude than an actual song. They kick into a heavier side of progressive with the song that is after this as the album begins to find it's stride. They kick into a more mean spirited thrashing for " the Other Side of Fear".  "the River" is a power ballad. As power ballads go this one works . They resist the urge to over do it with them like Dream Theater.

"And They All Blew Away" is a sprawling 15 minute epic. It shows their strength with both dynamics and arrangements. The melodic vocals are some of the album's best. I normally do not like long winding songs like this one and while it is not going to be something I casually listen to a great deal, I can say it succeeded in not boring me, which is more than can be said for most songs of this length. They seize many opportunities to flex their chops with flashy solos and embellishments. It is expected for this sort of thing, so the fact they did not forget they were crafting a song while doing it says a lot to me. This album has many strengths though it is not as dark or as aggressive as their previous album and finds them conforming slightly to the genre's expectations so I am going to give an 8.5, so it is still head and shoulders over their peers.