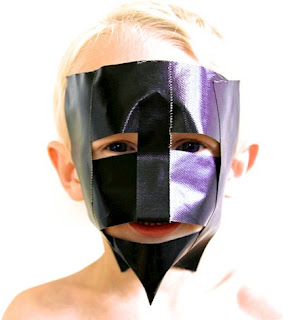 If you stick with what you do best regardless of trends the cycle will spin around again and you will not be a band wagon jumper , because you put the fucking wheels on the bitch. Such is the case with this band out of Sweden. They have been around since 1984. Sure they opened up for Nitzer Ebb and Laibach, back in the day, but they are still falling some where between the Pet Shop Boys and New Order. Not the worse sound to choose from. It does not sound like they are trying to capture a cool retro sound, because they are the cool retro sound, they are in fact trying to use more relevant sounds. They kind of split the difference. What plays in their favor is they come from an era where song writing mattered.

There are also Gary Numan vibes. They are not as dark as Gary Numan. They are gray and lonely, perhaps a little depressed , but not dark. Sometimes it takes me getting half way into the song for it to click. The stark baritone vocals are pretty simplistic and I am surprised they did not bore me three songs into it.  Things get a little darker on " Graveyard" . It makes me think of what it would be like if Gary Numan covered sweet dreams. The vocals have a more melodic flow and the song itself works better than the first three. They get more dancey with " the Sorrow Stays For Good" . It is pleasant, all the moving parts work, nothing ground breaking. I prefer the synths to "Mirror" which have a little more edge to them. They move in a happier direction with "Once Upon A Time I Was".  The vocals are smooth, but their sound is becoming more uniform. In many ways this reminds me of Covenant.

At times they invoke a more 90s era Depeche Mode. This brings a little more melancholy to things. When the lyrics take a turn to things like alcoholism it is an improvement. On songs like "Obscurity" they add another layer of atmosphere to their sound. The title track that closes the album is largely an instrumental. It is a good idea that never fully formed into a song. I will give this album a 9, I think these guys are the best new wave band that you never heard , fans of New Order and Depeche Mode take note.