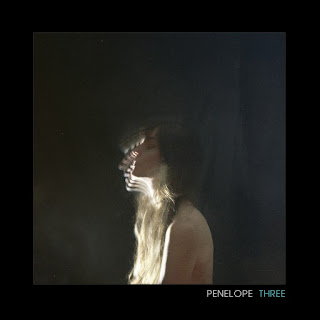 After a teasing dark ambient intro the first real song is "Nervous" the lead single from this album. She is in the same sonic zip code as Fever Ray, though maybe mixed with Hillary Woods. Production wise there is more in common with electronic music than what she is actually using to write this song. It is minimal but well placed. Her hushed voice flutters over everything like a fall chill in the air.  "Forest" is more haunting but also more minimal. The percussion is like a dying heart beat fading into the void. Thematically she is trying to invoke the mood of the underworld for this album which is the third chapter in her musical trilogy focusing on her struggles.  "Fur and Feather| works off a couple chords she lets hang and a droning vocal that would not sound out of place on a David Lynch soundtrack. I appreciate what she is going for even if I feel the song itself is not as dynamic as what I normally ask for in music. 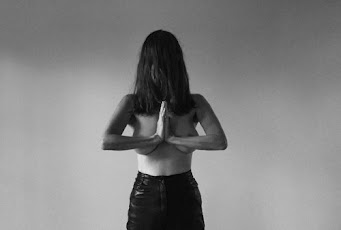 I think as a song "Red Yellow" has enough of a sultry hint of blues to it for a subtle slinky groove to form while still holding true to her very atmospheric vision. This song is very sensual. "Halfway Point" is so atmospheric it is almost not there. Reverb makes it almost hard to tell what instrument is playing in the back ground. Some how these four and a half minutes manage to drift past. This is more about the sound than the song. There is just enough song to keep me invested. She taps more into the song side of what she does on "Blood Moon" . This is more of what I want from her. There is more movement rather than stagnation. I am not asking her to conform to a mainstream sound , in fact this works perfect for me, so just more of this.  "Lucky Eleven" brings in more ambiance than the previous song , but still manages to hold itself together as a song.

"Northern Light" is a more of an atmospheric interlude than a song. It does employ a violin, but works more off of waves of sound than melodies. The last song is a song , but leans more onto the floating atmospherics not unlike Julee Cruise. I will give this album an 8. I think she does an excellent job when she commits to writing a song, it just seems like there is a balance that could be reached when weighing the artistic vision of the thickly atmospheric pieces versus something I will want to listen to over and over again on my iPod. T his album comes out May 28th on Houndstooth.