Jess and the Ancient Ones : "Vertigo" 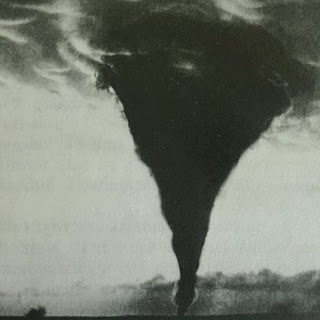 The album finds them opening in a heavier direction. Though the mix is weird and does not make the most of the more distorted guitar tones. I do appreciate that it is darker. While they have typically been a more retro 'occult rock| type sound, there is slight Sixousie tinge to the vocals. However on the second the owe a little more to the Pretenders , with the keyboards anchoring them back in the more 60's style sound. This song grew on me more than the opener. There is a Munsters like bounce to "Talking Board" that is about the Ouija Board from the Exorcist. While I like the lyrical idea I feel like the music is not dark enough to clearly convey the subject matter. Though as a whole this album is a darker step for them.

The brisker pace to "Love Zombi" works well. They allow for some dynamic ebb and flow to create some tension to explode out of of. It is my favorite song thus far on the album. Her voice also displays more power on this track as she belts it out with more command. Her flexes her pipes big times as she throws her voice around.  They keep the pace up with "Summer Tripping Man" . The guitar gets almost punk as it fights in the mix against the organ. This would be a fun live song. Lyrically it is kinda dumb. The more deliberate tone to " Born to Kill" works better for me. The drums are moving , put the song itself does not feel like it is racing along. The the albums momentum begins to catch up with them . The frantic pace they rock with tends to negate the places where vocal hooks would go as she belts over it in order to keep up the intensity. They eventually give her a little more breathing room to sing, but this one has it's foot on the gas not unlike the previous song.

The last song proves that when they slow down and simmer some it is more effective for what they are best at. I do appreciate them letting the rock rip out with more vigor than I recall hearing from them before. That is not to say they never step on the gas on the last song, it is just that the song is a 11 minute proggy jam out so there is lots of room for lots of things to go down .  I will give this one an 8.5 , it is their strongest to date even when they get carried away with their lust to rock .,

Email ThisBlogThis!Share to TwitterShare to FacebookShare to Pinterest
Labels: Jess and the anicent ones, stoner rock