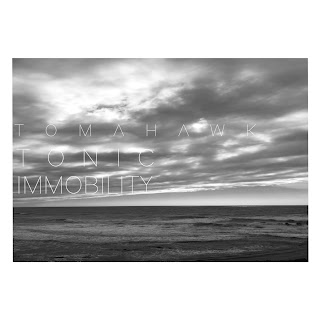 If you have had a hard time keeping up with Mike Patton's side projects, then this one is the closest to Faith No More, though darker , heavier  and with a rougher edge since he has the guitarist from the Jesus Lizard on board and Helmet's drummer. You can not say this is a super group as all of his projects that are not Mr. Bungle or Faith No More are collaborations with his little corner of the music industry. This album is marked with an increased tension reminding me more of their first two albums. Patton's lower throaty whisper is one of the more reoccurring voices that pops up in his ever shifting arsenal. The explosive dynamic the first few songs works off owes more to the Jesus Lizard. I prefer the riff to the second song. Lyrically it is a collection of ugly metaphors which is another staple of Patton's work. Though with a song like "Scavengers & Predators" is was watching animals in the back yards that caused  pondering the state of society. The band said they avoided politics on this album.

The slower simmer of "Doomsday Fatigue" gives Patton a little more room to flex his pipes. At the end of the day any project he is in the focus becomes his voice. This songs breaks from the formula by not going to the expected explosion.  Trevor Dunn's tone propels "Business Casual". Compared to what he does in Mr. Bungle, he gets to lay back and ride a groove. While politics are not their thing , they do take great glee in the barbed social commentary hidden under the surface. Patton sort of raps out the lyrics here. "Tattoo Zero" continues to make an inside joke of the world around them. No one is safe, most certainly not any flavor of hipster.  The sinewy metal tinged riff it winds up into is impressive . "Fatback" continues the trend of slithering grooves. They vary in levels of creepiness sometimes boiling over into a more steamy haze with "Howlie" which sheds some of the more metallic sensibilities until they build it up.

There is a more melodic come down with " Sidewinder" . It is some what of a power ballad and perhaps the most Faith No More like song. Patton takes cracks at trust fund kids in the lyrics turning the sugar sweetness into something with venom. There is almost a reggae vibe to "Recoil" , it is more up-tempo than the previous song , but not as finely tuned as "Dog Eat Dog" which is more Faith No More like.  I will give this one a 9.5, I like it more than most of the more recent effort's of Patton's. It is better than the last Faith No More album, though not the others that followed '" the Real Thing " but think how high of a bar that is.;