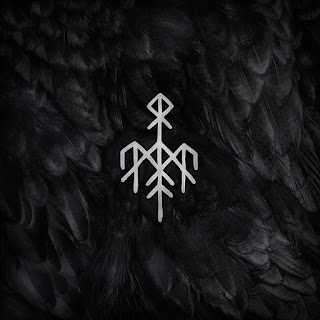 Ghaal has been long gone from this project and they have carried on with their Viking music . With a folk album so entrenched in ancient tribalism it would be easy to get lost in the ritualistic  nature of the sounds and not be aware of the songs. That is not the case here. They have taken a page from Dead Can Dance in this regard. There is a sense of movement that creates a primal groove and layers added to create dynamics. This is the band's first album on a major label, Columbia Records. This is no way has caused them to try to make music more accessible to western audiences . I think the first two songs amore solid than "Skugge" which is Swedish for shadow. "Gra" is more minimal in it's instrumentation. The songs begin to focus more on the atmosphere as the album progresses. "Gra" does embrace a wider scope of dynamics it builds into than the previous song

"fylgjutal" or accompanying number, is very melodic and flowing, with half the volume and even less of the anger this band manages to come across just as chilling as any black metal band. There is a bleakness to the sound of this album that is wonderful . Alot of neo folk comes across like the are trying too hard for Renn Fest. This feel very real and very natural. They touch upon a more folk melody with "Munin". I mean yes this would be great music to play Dungeons and Dragons to, but it is not fun and games in and of it's self.  "Kvit Hjort" or white deer, takes a minute to build , but is worth while when it gets there. "viseveiding" might not have the same impact but is still solid for what it is.

"Ni" finds them bringing some different sounds to the table, but it is a slower song with less movement to draw you in. The last song finds them back in a place that certainly is giving me everything I could ask from this project. If you are a fan already then this is what you are going to want. I do not see this album opening up many new doors for them , but is a solid testament to what they do and I will give it a 9.5 They make Norway proud.