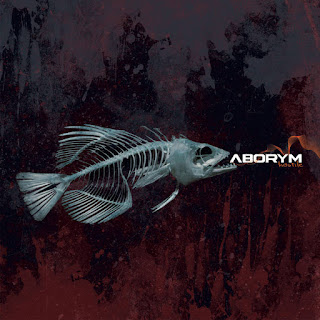 These guys used to be a black metal band so they have a black metal history thus are a part of black metal history. Though they have always had an industrial edge to them. After some Marilyn Manson like brooding they build up to more of your big arena rockin 90s industrial, I am thinking Stabbing Westward here. "Proper Use of Myself"  fades into it's own groove and is less memorable than the catchier and more commercial "Horizon Ignited" . The vocals have a wider range on this song. The more metal side of the band roars back on "Stigmatized". This shifts into more groove oriented industrial flavors. " End of the World " feels like they have pushed the envelope too far from their sweet spot and past the point of heaviness that needed to be shed. It is too happy.

If this was the 90s then I would have liked " Wake Up Rehab" , but since I have been there done that and got the t shirt it is less impressive. The same can be said for the song after it , though it flows a little better . It is very old school Nine Inch Nails. There is an A Perfect Circle feel at times to "Radiophobia". The song it self could stand to be a little more centered.  Not sure we needed the ballad "Sleep" but that is what we got. It is well done for what it is , I am just not into what it is. I am not sure what would possess a band in 2021 to write a song like it. This album is more middle of the road than not which makes the moments of heavy guitar more worthwhile. Even if they are kind of dialed in like the ones on "Nearly Incomplete" . The kinda spastic part throws the song off some for me.

I mean on "the Pursuit of Happiness" they do prove that they are better at this than some more veteran industrial bands like hmmm maybe Die Krupps.  I mean the one constant thought I have with this album is that I want it to be heavier rather than Nine Inch Nails impersonations. Some of them are pretty good and Nine Inch Nails does not sound like this any more so I guess there is that. When the vocals are lower on " Solve et Coagula" they work better for me.The more experimental touch to the last song is the direction they need to go if they are shedding metal. Despite this being an album out of time it is well done I will give it an 8.