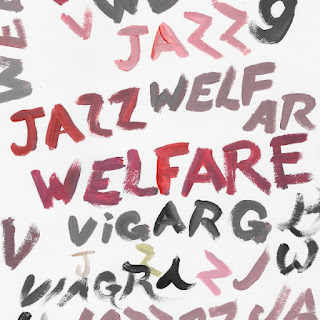 This is another band that makes solid argument for Scandinavian post-punk. This album is also a stylistic shift for the band in many ways . It kicks off with the punchy "Ain't Nice" which still manages to be very danceable. The horns that crop up bring the Stooges to mind though the groove has a more electronic feel. Sabastian leads into "Toad" with an Elvis like swagger to his narrative. The song it self is less aggressive. They might have a punk back ground , but this album is not punk. The blues tinged bass of "Into the Sun"  contrasts the electronic elements blended it around it. Sabastian's vocal on this one is more soulful, They take turn a more toward new wave on "Creatures". The bounce to this one is infectious so it is hard to complain about this change in direction.

With the grooving instrumental " 6 Shooter" there a more energetic turn towards rock. Production wise it is more polished and rough around the edges, though not burdened with the slick over production of a pop album. Lyrically there is a absurd tone to "Secret Canine Agent". This is not the first song on this album that I have detected a Devo influence. It is just most prominent here. The album continues  to weave in other sonic colors that draw from a wide range of colors including gospel and disco. There is a more organic stripped down feel to "To the Country" .  Yes it does have an odd country tone to the melody. It is a misanthropic love song that is more sweet than sour.

The trailer park vibes continue with a brilliant cover of John Prine's "In Spite of Ourselves" which is one of those rare cases where I like the cover better than the original. It is the first track on this album that I seek to listen to multiple times I will give this album a 9. I think I was pretty clear about what I liked, perhaps it will grow on me

Many lamented the woes of 2020. If you are more of the mind it was not the year that was shitty , but merely a reflection of man's continuing decline then this album is going to be a very suitable to 2021 which seems to be telling 2020 to hold it's beer.