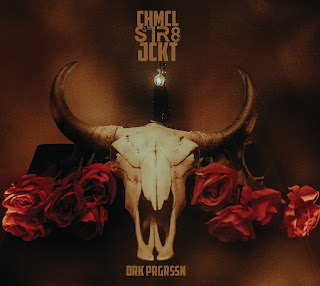 I love 90s industrial. I used to love Cleopatra Records. For better or for worse I will always check out what they send me. Right from the onset of this album the vocals make me suspect. The album is oddly mixed. It seems like they did not get the memo that vocals for this sort of thing need to be slathered in effects.  I can hear what they are going for , but the first song did not sell me on it's execution/ On "Texas" are the leaning into the Revolting Cocks cowboy vibe ? Yes. But as a song it is much better than what they opened the album with. With lyrics telling you to shove PC culture up your ass, well I can appreciate  their attitude."1911" finds things working much better for them. Oddly what worked on that song doesn't click as well on " Chosen One". Though the groove is an improvement, the guitar sits way back in the mix. The vocals need to sit back into the guitar, right not it sounds like they are covering something from Alice Cooper's "Brutal Planet" album.

For every goofy song like "Wrecking Machine" there is a cool one like " Death of Lucille". I mean even the albums by bands like Electric Hellfire that where recorded in the 90s have a sound that has stood the test of time better than this which was recorded in the past year. I get wanting to capture a sound. They have done that more often than not the problem is what they are doing with it now that they have it. "Syrinx is Gone" is the next song that really works for me. It is also a little darker than the others. Lyrically it is  little silly as it feels like the lyric are lifted from a folk metal band.

"Harpy" is also darker , which is the direction they need to follows as it sounds like something from a Tim Burton music rather than torch carrying for the second tier of 90s industrial. "Sacred Rope" is very kink focused which I strongly approve of. There is a touch of Lords of Acid to the more electronic bounce of this one. Their cover of the Police's "Invisible Sun" works for me. It does make me want to listen to the Police though. "Somber Town" is better than most but seems an odd song to close the album with/ I will give the album an 8, the production is really the only thing that holds it back and most of the time they work around it.