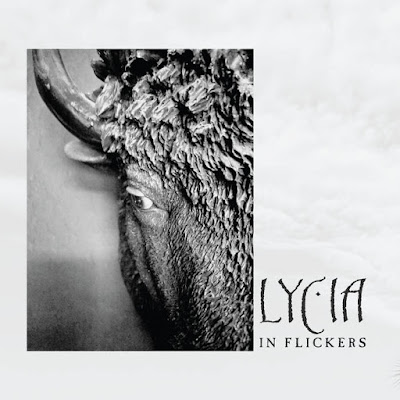 The title track that opens the album is very atmospheric to the point of almost being more of an intro rather than an actual song. When the beat to "A Failure" kicks into to create a more tangible undercurrent of dark wave the more drifting ambiance of their sonic shadows succeeds. The guitar is more brooding as things get even darker for the ominous build of "the Path". This effectively creates tension. The interplay of the male and female vocals works here, but I can see where this album could potentially fall into a formula with this. "She " finds them leaning more into their neo-folk. The airy voical mix makes this more interesting than your average neo-folk that sounds more like goth hippies playing at the Renn Faire.

Things continue to drift further into the shadow land they are weaving with "25 Years". There is almost a doom feel that I like. It sways much like some of the Swans more melodic work, though the vocals are very light and lack the resonance of Micheal Gira's baritone. The more dark wave groove returns for "Mist" this gives the song a stronger sense of their self than some of the more wandering bits of atmosphere they tend to indulge in. The guitar tones in this song are really excellent. While they are not wildly out of bounds for what you expect from goth music, they extremely well done. The drums are more organic to "34 Palms". Every thing sounds great but dynamically hovers in a very similar place.

"Rewrite" carries more weight and an exotic texture that helps set it apart aside from the fact the vocals seem to be a one trick pony. "Late Night Solitude" floats in an almost shoe gaze like glaze to it's dream time ambiance. So much so it feels like more of an interlude than a song. This leaves them to close with "Autumn Into Winter". It's another song that sounds really good but floats on stagnant waters dynamically. I'll give this album a 7.5, at first I really took to it, but then all the songs began to sound the same and never really went beyond where they started. If you are looking for more ambient goth or are a fan of these guys then it is probably what you are looking for.