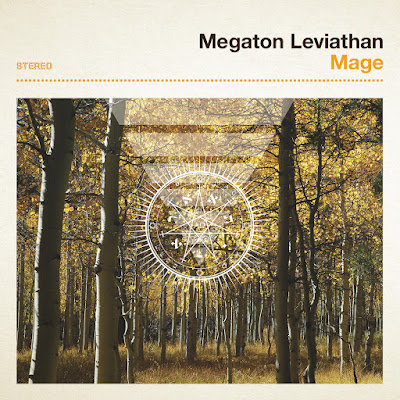 Things have changed. When I heard the first track off this album, I thought "Oh My God , they have turned into Jesu" . I am fine with this as I miss Jesu and the last album I heard by them they did not sound like the same band that made "Sliver" . In other words there is more of a dreamy  shoe gaze haze over this album and it barely touches upon metal at least on the opening track. "Take the Fire" opens with electronic drugs and a narcotic atmosphere. Vocal ease in around this to add to the trance like ambiance. This feels more like some kinda of space age shoe gaze more than it does doom. Not that I am married to doom, this band can feel free to grow in any way they deem fit.

The title track is heavier. Calling it metal might be presumptuous. It has more of a Led Zeppelin throb, if we are talking "No Quarter" or "When the Levee" breaks, though the drums don't boom in the same way as the latter. The vocal layer works for this song in a way that doesn't make it fee like it's idly droning on. Then things begin to really get weird on the synth driven "Belldog". It is almost like kraut Rock at first until the drums find their way in then it carries more of an "Obscured By Clouds" Pink Floyd kind of feel.

The first six minutes of the 15 minute "Within the Threshold" that ends the album is electronic synth wave kraut rock. It does made for some compelling soundtrack music, but is this doom even when the guitar kicks in ? Not likely. This album feels more like prog rock. Nothing is wrong with that. In the final two minutes of this massive instrumental it begins to ebb down to a gentle melody. This is well layered and produced. All the sounds in place are great, it is a jarring change from what fans of this band might be expecting. I'll give this album an 8.5, it's certainly fine for what it is and they certainly get props for going on this surreal adventure.