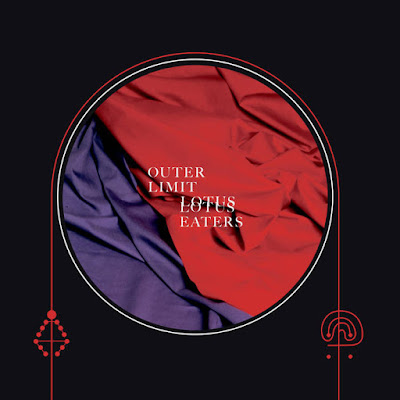 This band out of Norway automatically catches my ear with the darkness that is unfurled on the opening track of this album. The vocals are creepy and the reverb heavy guitar weaves it's atmosphere making every note delicious. The lyrics sound like they were conceived while they were tripping. This is not unlikely due to the psychedelic weirdness that hovers in the periphery. Where "Night Scene" carries a lingering brooding that drone like the Door more morbid moments, there is more sonic dynamics to the exotic guitar of "the Blue Voyeur". Things head in a slightly more punk direction for the title track. But not too much so as it is still planted firmly in a more death rock vein. I begin to get a little unsure of how the vocals seem to be constantly doubled. One is a lower Death In June like baritone the other a higher wavering Rozz Williams like tremble. Since this is done so frequently it loses some of the impact. This is made up by the sheer sense of adventure these guys possess and their ability to take hard left turns into strangeness.

The albums longest song is the seven and a half minute "Greet the Void". A minute and a half into things they find a great dismal groove. The guitar playing and tone really begins to prove itself as this band's strength. The vocals still keep doing their same layered approach. The baritone voice this time seems to be coming slightly forward in the mix. This song is very melodic thanks to the delicate guitar lines. The bass rumbles rather low in the mix. "Everything Ends Too Soon" finds the vocals trading places to provide a more Christian Death like sound , though the guitar creates a more western feel. "Vinter" is more of a dreamy ballad with the croon of the lower vocal dominating. This works really well to create an introspective mood. Things get almost shoe gaze like with their atmospheric glaze.

While I can appreciate the dark spectral drone that "Deeper and Darker "delves into I do not think from a songwriting perspective that it's the albums strongest song. Though they did raise the bar as far as my expectations for them went early on, so with that said it still displays a greater sense of daring than most stuff that comes across my in-box.I reviewed a shit ton of post-punk and death rock for Gothtober and even then did not find anything as unique as this band. I'll give this album a 9 and see how it grows on me by the end of the year, but I highly recommend this if you are looking for atmospheric death rock that is not just punk dressed up for Halloween.