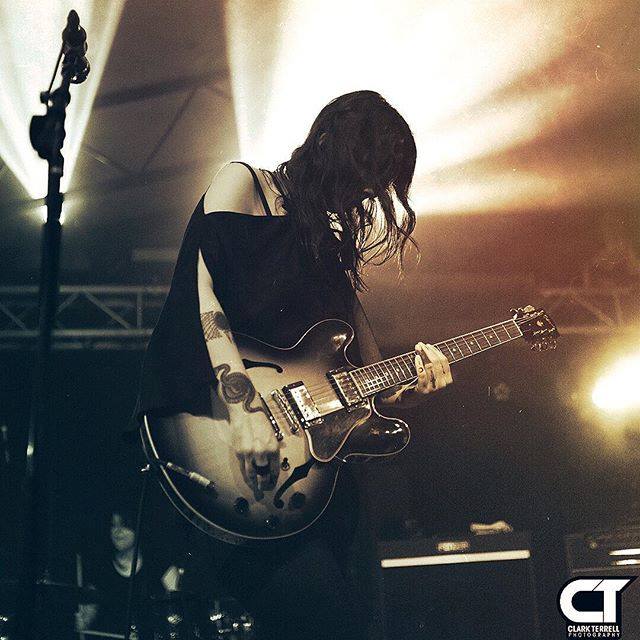 The door were very early so we only got to hear the tail end of A Dead Forest Index, when we arrived. Chelsea Wolfe took the stage a little before 9:45. If you have been reading this blog for sometime, at this point you might even think, oh not another Chelsea Wolfe concert review, but this show was very different. The majority of time she has passed through Atlanta she has played the Earl, short of the East Atlanta Restaurant and Lounge. This 300 capacity room, more often than not is one of the city's better sounding venues.As her career has blossomed, Ms. Wolfe has grown out of the venue. The first time passing through the city on the "Abyss" tour found her playing Aisle 5. This time she played the Masquerade, the 1000 person capacity room upstairs in "Heaven" which Chelsea found too dark and at one point asked for more light saying she couldn't see where she was going. Not one of the city's best sounding rooms, normally home to touring metal bands who combat this with sheer volume. Things did get loud. She mainly focused on the new album and "Mers". What I enjoyed the most was how she played around with her approach to the older songs which in the past I have seen played acoustic and more atmospherically when plugged in. She opened with an amped up almost punk version of "Demons". The band was different as well, long time bassist Ben Chisholm was still around , but now has a new drummer Jess Gowrie of Happy Fangs on the drum throne as well as a different guitarist by her side as well. 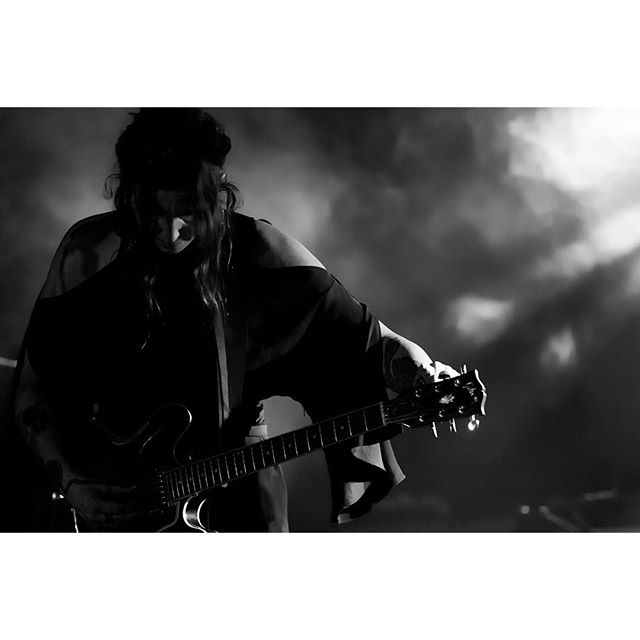 It was the how of this show that made it special.If I want to hear the album, I'll plug in my iPod. If I am seeing the same artist twice in the course of a year, a change of set list is at the very least expected. Here it was not what songs were played but how they were played, which in some cases were better than the recorded versions. "Moses" being thre prime example here. It was given a dirtier jangle to create an almost grunge like sound that could have come from the "Mistake in Parting" album. A few songs in an energetically it was evident that Wolfe has spent enough time on the road to refine her live show into the elusive tier of artists who are a must see given the fact , each show is an individual experience unto it's own and not just a musician clocking in for work to plow through the songs they have been fine tuning for years. Perhaps it was the new band who were not as tight with the songs as the last band she came through with, but that didn't seem to be the point of the show. It rocked loudly with no guitar solos and drum flurries or any of the pretense that normally turns the boys club of rock n roll into more of an athletic event. If you are at all familiar with her last album "Abyss" which almost received as much coverage as "Murs" then it should not come as a surprise that there were moments in the show that were heavy in almost a metal manner, but more often than not heavy sonically. 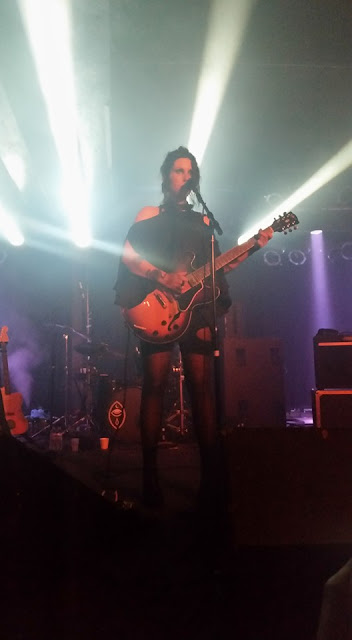 The mix was a little weird as some of the looped backing tracks from her more electronic tinged studio recordings seemed a little loud at times, and the guitars could have been louder. The Masquerade is a big boomy room. It seemed their were some monitor issues and she winced back from feedback when using a digital delay. These sound issues that come with the venue considering is not known as being one of the city's best, did not mar the performance in a manner that was distracting to their performance though energetically the energy shifted slightly on stage when this occurred. If she is coming through your town, she might be playing bigger venues but hopefully she will, find her self getting more love from the sound man than she did at the Masquerade show. If you have seen her before and think you can skip this show without missing out, I understand the pull of gravity the couch can have when under the light of Netflix, but this was a much different show than what you have seen from her and is worth catching.
Posted by Wilcifer at 5:06 AM