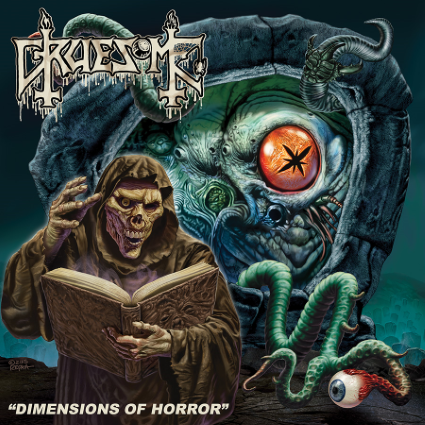 This band was spawned after being a touring Death tribute band, as both Matt Harvey and drummer Gus Rios, played on the Death to All tour. So this sounds like a mix of the first two Death albums. The first song brings a sense of nostalgia, but how long this tribute can keep me engaged is another question.  Sure I like the first two Death albums, but why not just download them? In my teen days I remember several locals bands sounding like this so Death influence in death metal is nothing new. The other side of the coin is these guys are fucking good at  re-creating this. So if you are a super crazed Death fan or too young to have caught Chuck and the Boys back in the day then this makes a little more sense. By the time I get to "Amputation" it's wearing on me a little. There are some cool riffs mixed in, but the rule here is cool riffs alone don't make good songs.  I think it's a good thing there are only six songs , because this would be very tiring if there were twelve.