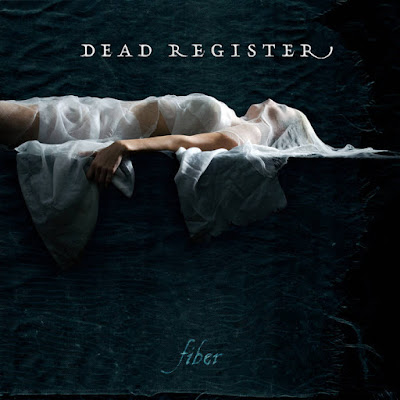 This moody rock band out of Atlanta just released a new album. The opener is painted in shades of gray with a casual croon laid over layered hard rock that is on similar meds as A Perfect Circle.If the late Mark Sandman of Morphine jammed with Katatonia the results might be similar. The title track finds the band wrapping themselves around a coiled groove and working off the post-grunge loud to soft dynamics of radio friendly rock with an edge that rose to prominence in the late 90s. While the band self identifies as "doom-gaze". They do not have the mournful qualities of doom nor do I really hear any shoe gaze. They take more of a middle path, with the guitar playing more melodically than paving sonic sprawls around the songs.

The first song that really grabs me is "Drawing Down". Vast is another band that comes to mind at this point in the album. The guitars are well layered and producer Dan Dixon who has also worked with Whore and the Biters did a find job on this album. Some of the vocals tend to wander around the songs and it's the cleaner guitar riff helps anchor my interest into the song.While there feels like a subtle Siouxsie influence might lie under the thick distorted chug that makes appearances throughout . "Grave' winds around a similar landscape to what they have given us in the albums first three songs. Vocally their singer stays in the same register and sticks close to building his melodies with his favorite handful of intervals. The use of a guitar solo to switch things up helps this song and adds a new color to the monochrome storm clouds their sound summons.

"Entwined" shows more restraint and gives the vocals room to fit like a velvet glove over the groove rather than ponder a way around it. This is my favorite song from this album, the band is not doing any different, but doing it in a way that is most effective in serving the song. The more doomy side of the band doesn't emerge until "Incendiary". This gives the vocals more room and allows the texture guitar tones space to shine.Overall this album is not ground breaking, but an enjoyable listen that I can leave on and let play, not dark enough to make it over to my iPod, I will give it a few more listens and see how it grows on me even though I think I get to hear these guys from the other side of the wall from my rehearsal space anyways. Fans of Vast, Katatonia and other moody rock will appreciate the punch that this packs though this really requires metal heads with very open minds and broad tastes as compared to Watain or Graves at Sea this is not metal. I'll give it an 8.5