Up From the Underground: Alnilam 's "Indigo Sky" 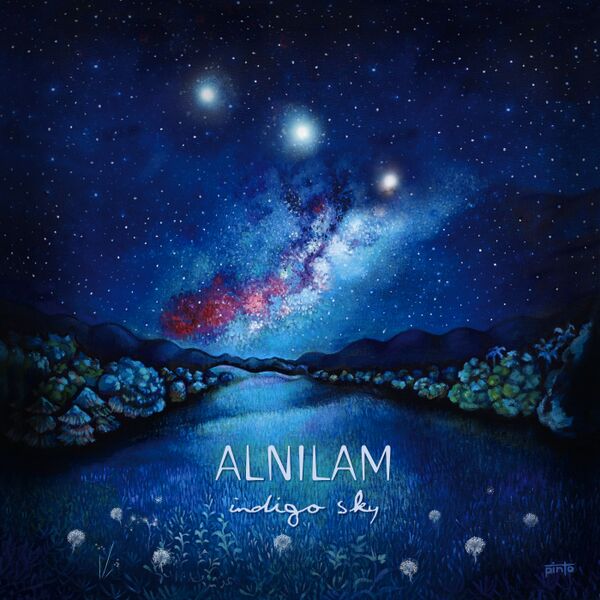 It is strange to think this comes from L.A. a city of concrete and traffic jams as it is is blissfully organic with Elena Pinto's vocals sounding at peace with the world around her rather than stressed rat race which takes place in the City of Angels. There is more of an indie rock feel to "Alnilam" as song named after the band which is named after a star in the middle of Orion's belt which translates to "String of pearls" . So much like the bands song their name reflects how their is a meaning with in a meaning. They layer the music much like this as well with thick synth strings creating a peaceful sky above them. There is a more upbeat vibe to the jangle of "Rise".  Pinto's voice works melodies around the more straightforward compositions to add as much of a sense of movement as the drums.

I like these guys despite their lack of a dark side, a song like "New Year" is a more serious look at lost relationships that she has a more accepting outlook of rather than any despondence or drama. It's not ignorant bliss , but Pinto is lyrically self aware even in her reflection. The first hint of melancholy creeps in as "A Song For the Wind" opens. Her voice stay as center stage with the strings and guitar. There is a little more of a folk strum to "Virgil's Request" as Pinto sings of how her soul is ravished and  brain is inspired. The strings hold the dominant melody on this one. There is something more vulnerable to her delivery here that I like. There is a little effected post-rock like guitar on the build up here.

There is a more delicate quality to "Green Mansions". The guitar comes into to add a subtle doubling of her melodies with Pinto reaching up into her upper register for certain accents. There is a more hopeful dreaminess to " Wish" . The strings caress the song like the waves of the oceans pinto claims to have sung to. "Smaller Dreams" is where dream pop meets folk for fairly results despite Pinto's unconventional way at weaving her melodies around the beat, which is also one of her strong suits as a singer.  At times this give a Decemberists like quality to the flow of the songs. They end the album on a more melancholy note with "When it Comes to You" . The bittersweet longing conveyed  here proves to be powerfully especially when the guitar joins in to create the closing swell.
This album will prove to be a fitting listen as the fall settles in .Where they lack the quirk and Victorian gothiness, fans of Raspuntina will be able to appreciate what these guys are doing as they combine song writing smarts with atmospheric elegance. But fans of any sublime beauty from the Cocteau Twins to Azure Ray will find something to latch onto.Check out the video for "Lilac" below.

Email ThisBlogThis!Share to TwitterShare to FacebookShare to Pinterest
Labels: Alnilam 's "Indigo Sky", Up From the Underground