Up From the Underground Skittish : "Two Legs Bad" 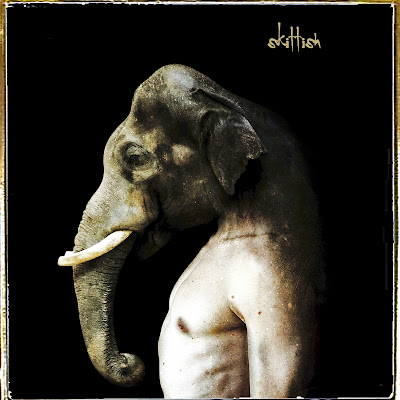 Normally when you hear the term folk-rock you assume there is going to be more folk than rock. That is not the case with this band from Minnesota. "Regarding the Wolf"starts the album with a much darker swagger than I expected from this going into it. The female vocals are layered around the baritone vocals that have an almost glammy Marilyn Manson like sass to them. The song is packed with both groove and dynamics. They trade off the mic and their female singer Brianna Tagg takes hold of "Shot in the Dark" where she declares in her powerfully brazen alto that she is is trying not to fuck it all up. They team up on "House Cats" which is like a less manic version of Gogol Bordello. Its up tempo and has an almost klezmer frolic . 'Roots" finds the female lead's vocals taking an almost country twang before the band takes off behind her. 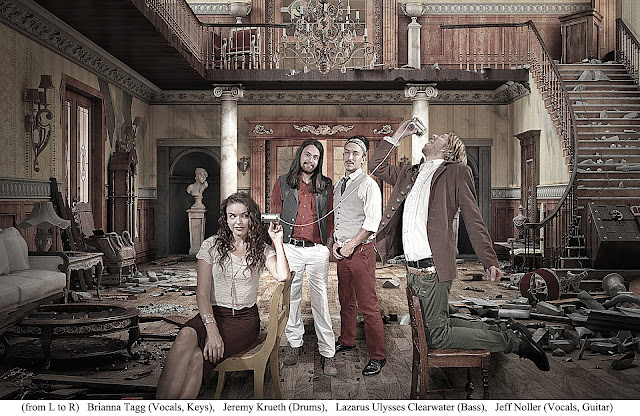 The strum to "Baggage" is the first song that really has any folk trappings, even then his vocals have an almost punk attitude to them.  The chorus is big and bold and brings back the sound of 70s glam. Not really Bowie more of a T-rex thing, not that his vocal has that subtle fey inflection of Marc Bolan it's just grandiose in a vaudevillian manner , but with plenty of soul. The picking becomes more intricate and they take a more introspective almost Radiohead like tone. Though this is much more organic than what Thom Yorke and friends do. The vocal melody has a dreamy laziness to it that hasn't been found on the other songs. Both singers have a wide stylistic range that they adapt to different songs which run the gambit from almost glam rock to more traditional strains of folk. They take a darker vibe almost like something Rasputina would do though it has a more western ramble as the bass line struts underneath it. The chorus to this song makes it one of the albums best songs as the singer puts her voice in all the right places.They go back into the almost psychedelic creep of "I Killed a Spider" . They hit the rock chord with the needed bombast to make the most of their dynamics. 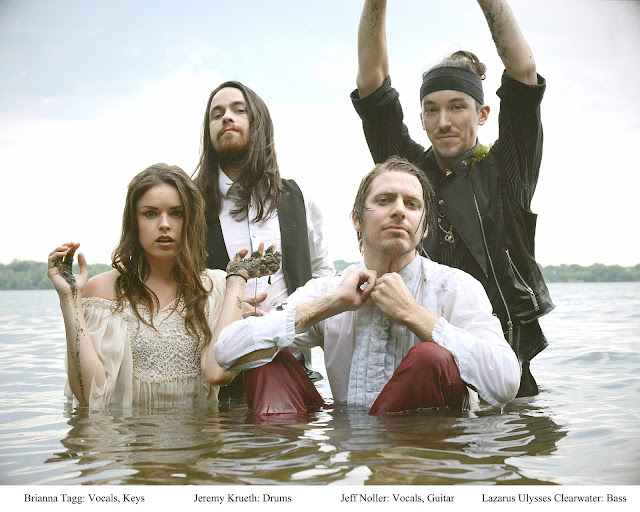 They break things down to almost a Kate Bush ballad on "Meet Your Maker"  which closes out the album. Overall this album was a nice surprise. It has the balls of 70s rock coupled with a sense of adventure and progressive in much of the same way a band like the Decemberists is. Fans of bands ranging from the White Stripes to Rusted Root will find something to get down to on this album. Check out the first single "Shot in the Dark" and keep your eyes peeled to the inner webs for when the album drops.
Posted by Wilcifer at 6:26 AM