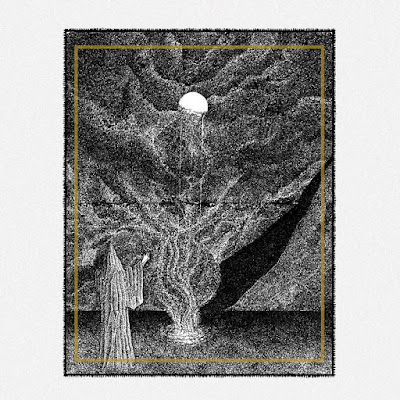 Crushing with a sense of sonics is the best way to describe this baand from France. The guitar is as dense as a sludge band. All too often death metal is over produced , if they are not going to the old Incantation sound. These guys have a great deal of depth to their sound. It is dissonance and in your face. Your hear some hard core influence in how aggressive they are. This also gives a more rabid attack to the vocals that are not just gurgled. Not unlike the snarl Converge employs. The second song is only a minute and a half , but is worth it. More so than the very straight forward full charge ahead that leads into 'the Great Terror". Heavier and more grind core here, it almost forsakes the efforts they have made to show they care about songs and not just being heavy.


I know this is a month of death metal , but I have a hard time imagining that I am going to cover a heavier album. Not what people call brutal death metal, but brutality could be used to define the way some of the these riffs are played. The vocals sometimes go from death metal growls to more Coverge like hard core screams. "Rios des Rats" is 39 seconds of break down better added onto the previous song.  The title track has more of a chilling dissonance in the chords that are allowed to ring out and one of this album's few melodic moments. The hateful hard core feel is accompanied by a street wise stomp on "Divine Comedey" . "Sous Mes Mains" is not blackened death metal , but does have one of the album's more sinister moods.

The last two songs give the same measured beating the others do , sometimes with more of a throb to them. The last song "Danse Macabre" has less of that throb and offers a more mean spirited bashing. A mean spirited bashing sounds like the perfect soundtrack one might need for for the way the world is meeting it's demise. I will round this one up to an 8. It could stand to be more song focused, but for what it is this nastiness gets the point across with more class even in it's most vile than the so called brutal slam death metal bands.