Scars From a Dead Room : "Vengeance" 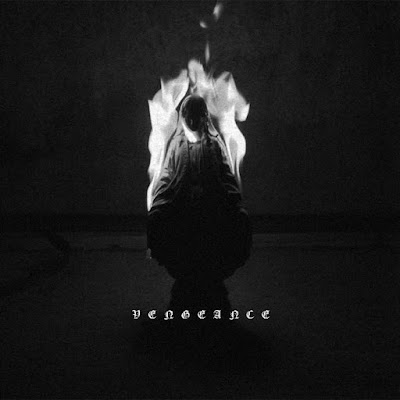 This project out of Canadian is a black metal band that is dense and plenty dark and angry. I am not sure if they are depressive which was what I was hunting for on Bandcamp when I came across them, but this is good stuff never the less. There are some interesting dissonant chords being pounded on. I think the opening song, makes better use of them as you have enough space to let them sink in rather than having them shoved down your throat in a more hurried manner. They catch onto this fact as the more morose sonic attack that is "A prophecy of Doom" . This is a much more effective method of drowning you in their world of sonic darkness. The bass playing on this album deserves a flash of the hailing horns for being so tasty. They sample "True Detective" on "Hand in Hand " as the album goes down a darker path. This  is so beautiful creepy that agonized screams are only a casual commentary and sit in the background.

I was not expecting the clean vocals at the beginning of "Spanish Moss" so I think this is what makes them effective. This more blackened burst here doesn't rely on blast beats and in some ways reminds me a little of Lifelover, though this project is not that miserable. "Apostasis" wanders into a more dismal path that has hints of post-rock in the more relax groove of the drums that gives the bass playing another chance to shine. It's near that place where depressive black metal meets doom. The vocals are a choked croak which works here not sure about an entire album of it . "Hubris" is more conventional black metal, but doesn't live off of blast beats alone. The song eventually breaks down into ambiance.

They close out the album with the eleven minute "Ay Trista vida corporal" . The first three minutes carry a drone of minimalist ambiance. They jam a blackened post rock groove under the sampled vocals of a soprano. The song swells into a more distorted and emotionally powerful riff that flows off of what they previously established to show that this projects true chops lie in their song writing prowess. I'll give this album a 9.5, and see how it grows on me. It could be a little more depressing, but for what it is this is an album that you don't want to let fly under the radar if your current stable of black metal is boring you and you are looking for something that is dark and emotive more than single minded in it's intent to beat you with blasting.