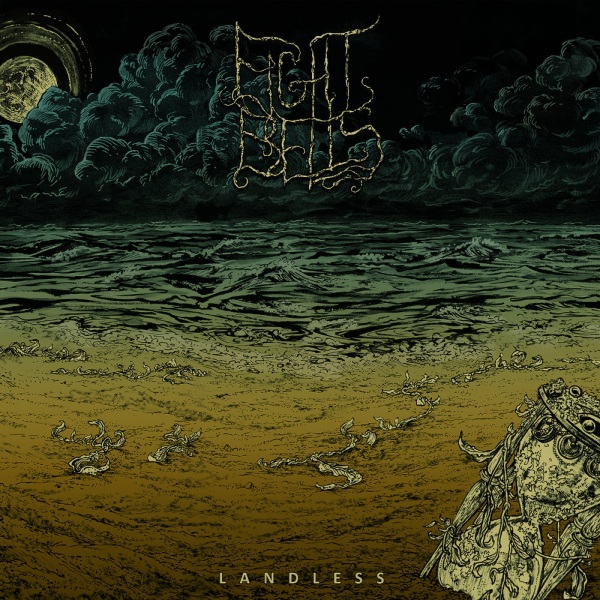 Things have changed for this band since "Captain's Daughter". I felt they had potential on that one and here they have fully realized. The drumming shows vast improvement as they open with the doomy "Hating" . The title track finds the band taking on more of a trippy post- metal ambiance to a  riff that feels like it spirals down before ebbing down into a softer sung section.The vocal melodies are stronger on this album as well and more love and care went into the song writing. Any doubts as to the metallic nature of this band is put to rest by the blast beat section this song hangs on with the vocals taking on more of a harsher growl when it slows into more of a punk beat.The song does drone me out a little though I got sucked into the black hole of the inner webs reading about the whole Phil Anselmo thing just when they hit the section of minimalist ambiance.

"Hold My Breath" finds the band in a more upbeat post-punk place. They hit a place not unlike the almost shoegazing style of rock that Marriages last album went to. Though they dive deeper into the chaos then Emma Ruth Rundle and build up into a more black metal influenced blast that sets the aggression against the ambiance and then hops back onto the groove this song opened with in a very impressive display of dynamics. "the Mortal's Suite" is almost more of an interlude than a song as it hovers like smoke. They drip out of this dark cloud with the shadowy " Touch Me" . The vocals grow even more ghostly as the ethereal nature of the song feels like the Cocteau Twins jamming with Acid Bath. The melancholy feel of this song is heavier than the power the notes are played with going to show that you can be so dark that it makes the music heavy.They do make their way into playing something closer to conventional heavy metal and perhaps live it will get pushed over the edge.

If you need an indication of how much growth has gone into the making of this album, their last album got a 6 and this one is getting a 9.5,  so it's very tangible. They flirt with doom and black metal without being forced to commit to it and it works because the sense of where they want their sound to go is unshakable. The reason it didn't get a perfect ten is " the Mortal Suite" rides the line to close between an interlude and congealing into a solid song, but aside from that this could be one of the first contenders aside from Bowie and Savages for the album of the year list .