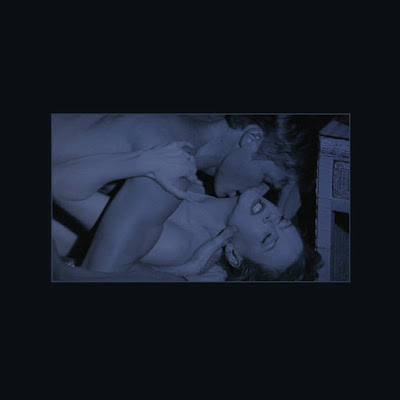 I was so surprised to see this band had another album out. This time they are on different drugs , more mellowed and fully in the shoe gaze side of the pool. There is a little more of a 9os indie rock feel with the rock guitars to "Wavelength". The only issue I might have with this album is the increased focus on atmosphere might make the songs drift out into nowhere and become intangible so there is nothing but air pulling you to them. The drums are going to bear much of the pressure to hold things together if this is the case. The vocals are your typical shoegaze breathy whisper. The guitars going into "Younger than You" help hold things together . After a few listens the vocals begin to come together. There is more of a woozy glaze not unlike that My Bloody Valentine is known for on " Rose Cold" . The song is a little more dynamic than the others. I guess the vocals being more present in the mix would make this perfect.

There are some beautiful guitar tones on this album. The vocals float around them sometimes locking in and feeling more song centered midway into the album. "How Time Stretches"  is  a  good example of this. They stay the course a little bit longer in a more rock direction until the the lethargy begins to drag the  songs some, but it is expected for the genre. There are some moments where the slow ambiance makes the song drift under the radar like " Vividly". Which is not bad, it just is not something that will keep my attention.  By the time I get to "Play the Slow Ones" I think I have been listening to this album for too long. Due to having to go back and replay songs that breeze past me. So I am having to step away from the album and come back to finish this album in the next paragraph

I stepped away for a month. "Play the Slow Ones" finds them diggin in and rocking out a little more . The distortion was needed as without these kind of balls everything was going to float away. It does bury the vocals, but gotta break some eggs. .Though when on shuffle mode it can esilly blend into "Time Stretches" if I am no paying attention. some cool guitar creeps into the end of the last song, but it is such a delicate breeze of sound the song almost isn't there. I will round this down to an 8.5, it's good but so hazy and gazey the songs slip by you.