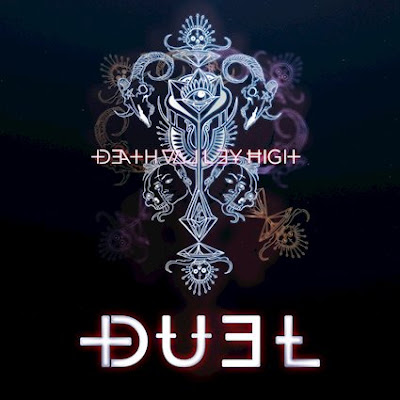 The first song that take a shot at is the Eurythmics, they are doing fine until the guest vocal comes in. I am not sure what is up with Chris Connelly, I know he is doing some David Bowie tribute band, but both here and the guest spot he did on the Front Line Assembly album he tried doing this David Bowie impersonation , I would like to hear how he really sings. The same can kind of be said of the Christian Death song they try to tackle with Chino Moreno. I think I would rather have heard this this without Chino as their singer does fine on his own. I am not sure Chino really captures the feel of the song. But "Cavity" is an interesting choice.They gel better with Hanin from Atari Teenage Riot. These guys clearly cut their teeth in the 90s . They have picked pretty good songs so far , all 80s night staples, I guess if you have DJ cool enough to know Christian Death.

Rykarda Parasol for Faith No More's "Crab Song" is an odd choice that is the one that actually has worked the best so far. "Jump in the Fire" is an odd choice. I do not hear these guys as a metal band, There is still a quirky new wave like touch to it, similar to what I might expect of a Nine Inch Nails covering this. The higher snarl notes are not the strong suit here.  Then we get into the remixes of originals that are perhaps more interesting. The first is the opener from their "Cvlt as Fuck" album. I am no sure why they get called doom pop, as it's more like gothy nu -metal. I like the chorus to this one. They are like a more rock n roll version of Strvngers here. I do not think "the Present" is as strong of a song. I like "Merci" better, it reminds me a little more of  Bon Iver's newest.

"Ick Switch" gets a remix that is up beat, it kind of feels pretty typical for this sort of thing , but is not a bad listen. I think this is going to have to grow on me. Not sure what I expected going into it , it was not far from those expectations , though the originals varied wildly. Anyways for that reason I will go ahead and round it up to a 9, since if you are a fan this will meet all your expectations and they suceded in what they set out to do with the collaborations , I think the only issue is they could have used them less and relied on themselves more.