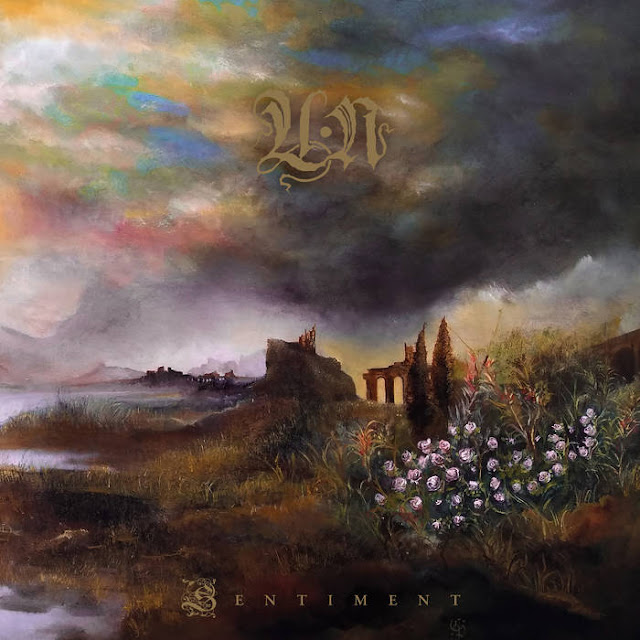 I know these guys are in other doom bands like Samothrace , but if every damn song is 12 minutes or more and wastes as much time getting to the opening track then this is going to be a hard sell despite the fact this is the kind of funereal doom I normally like. So now lets see if their second album goes anywhere. It work off the same gloomy pulse with low gurgled death metal vocals . Is all  they have to their formula I will be bored by  the end of the album. In the last four minutes they change it up into a more aggressive death doom kind of riff before drifting back off into atmosphere. The guitar solos on this album are pretty tasty if you are into that  kind of thing and its easy to be as they work with the song rather than just wank around.

"Pools of Reflection" is quicker to get to the point. Though it falls into the expected down trodden plod as other funeral doom bands before them. So this is where we come to the tough spot where we want bands to adhere to want we want from the sub-genre while bringing something new to the table. The first time we hear this from them is when they add female vocals in the mix. This sense of melody really helps to give things the dynamic shift they needed. The title track kinda falls out of the previous song's build up. Which in some ways speaks to the often uniform nature of their slow chug, that can be a common pitfall into stagnation for this sub-genre. I can appreciate, the sonic heaviness they touch on from a song writing perspective it's part for the course.

"A Garden Where Nothing Grows" pretty much picks up right from the note the previous song left off. While I like the guitar solo at the end of the song, there is no reason for this song to be over 15 minutes long as aside from the vocals becoming more hateful it doesn't really go any where, though even their stagnation sounds pretty good. But not good enough to keep me from getting bored and it beginning to fade into background music. While this album would not make my top ten doom albums of the year list it is good enough for me to give it an 8.