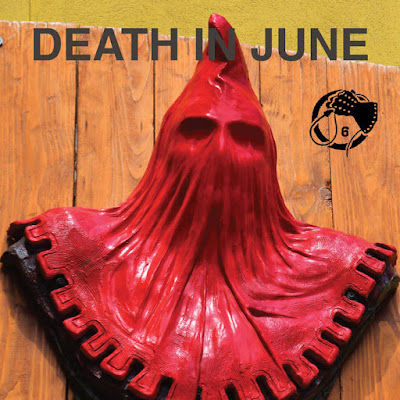 Even thought Doug P said he was retiring last year, we have a new album from this legendary project. The first song "God a Pale Curse" is the kind of dark neo-folk that you would want from these guys. They stay at this kind of breezy mid paced strum on " the Trigger". Lyrically it seems to question religion and sense of self. The lazy strum of the guitar almost creates more of a drone making a song like "Snipers of the Maidan" just kind of fade into the background to the point that I had to give it a second listen to really take it in. It's not a bad song, just doesn't grab me like the first two.The pace picks up for the "Humble Brag" this song offers more layers of guitar. "Going Dark" seems like a dysfunctional reflection on a relationship spawned from on-line dating and is one of the more traditional song arrangements so far.


"The Dance of Life" has the needed shades of weirdness that makes this project what is is and darkens things up in a odd way.  For these guys "No Belief" sounds happy, the lyrics are a little more on the sardonic side. "What Will Become of Us" kind of carries the sort of strummed and chanted drone that is typical of these guy. It takes less chances and plays it straight. The album ends with the more spoken word like atmosphere of "My Florida Dawn". I get what they are doing here , but as far as not only songs go, but to weigh it against their other work, I would prefer another droning neo-folk piece than this, it's not terrible , but it is a shame they closed the album with this instead of going out on a more powerful note.


Doug and the boys play it pretty safe here so despite the current political unrest in the world today I think it's highly unlikely that this album would be banned like some of their others. I will round this album up to an 8, so it's what you expect, sometimes more inspired than others. It could be that their body of work has left the bar pretty high , to their credit they do not sound like tired old me, but it can go up against even their work from the 80s, though less industrial and angry, I think long term fans will be pleased. If we are talking about who did a better come back then Dead Can Dance would win hands down. If you are angry that I am not saying this is the greatest thing ever, then know I listening to these guys before most of you were born, and while this album largely works, I have heard them do better. If you are angry that I covered these guys in the first place, well why did you read this whole god damn review. No I am not a Nazi, but I love the fucking Hugo Boss ...don't kink shame.