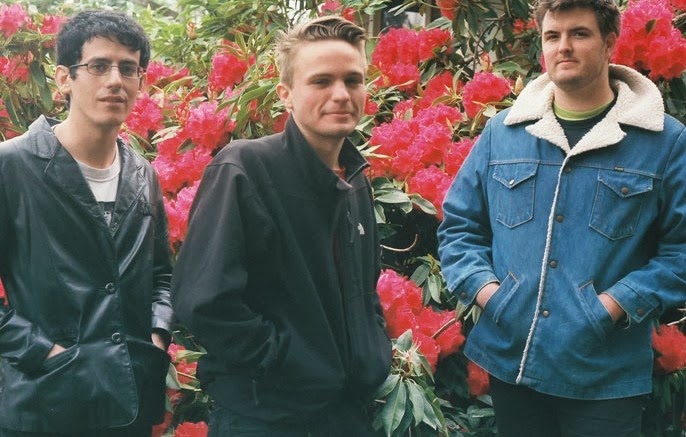 The East Atlanta Village on a Halloween night was less impressive than one would think, douche bags in store bought costumes are underwhelming when you have been to Dragon Con and Comic con, the Earl was fairly low key, a guy with scruff dressed as Pee- Wee Herman and a few costumes in the front bar, nothing special. EAV was particularly un-creepy, the creepiest moment was walking into the Earl to find George Batille Battle Cry, banging away in the darkened corner, not on the stage but their singer spasming on the floor, like it was a house show. I was surprised to find out they are an Atlanta band , as we don't get much dark music around town as it goes more into the indie fare, but they are like a post- punk Jesus Lizard.

I t was apparent from the turn out the hipsters care more about some electro hip hop show at the Basement that rock n roll particularly if said rock n roll carries any substance. Merchandise were milling around each other in front of the stage before they went on I would have not noticed them until their singer went on stage, set his drink down and grabbed the acoustic guitar before coming down to joke with his band mates.

I think the low turn out for the band was a telling sign of how behind the times Atlanta is when it comes to new music, being caught up with garage rock and stoner metal . My expectation of this show ere highly elevated beyond reality, because Merchandise, is one of my favorite new bands which is not new news if you read this blog. I expected some sort of new wave flamboyance, as they almost have a Smiths like vibe to their music, which ended up not transitioning over live.

They took the stage casually, and simmered to live in a wall of tender sonics that combined tuning their instruments in a swell of sound. They captured a sound live that would have much more in common with shoe gaze than any other tags that might have been attached to them in the past. The darker element to their music was more a bar room brooding than any thing close to goth or even post-punk. The Florida's old punk roots came to the fore front as the singer banged at the acoustic guitar with a sneer.

The song that carried the most impact live was "Anxiety's Door" is brought what had been a more dreamy shoe gaze vibe into a condensed charge. I could hear similarities to perhaps Husker Du , in the translation of live drums applied to the songs, rather than their normal more electronic feel, which with three guitars , bass and drums onstage it was a much more rock feel than what is depicted on the albums, not to say it became too organic, as the guitars all found their own space, on the last song one of the guitarists played keys and the singer abandoned his guitar by the end of the that song as well.

Singer Carson Cox's voice held are more monotone baritone, rather than his more acrobatic croon which floats over their recorded material, but he was rather drunk, mumbling in between numbers, and aware of the understated presence of the band by saying, "I'm just another ass hole who is not dressed up". But it is rock no roll and it gave him more of a Jim Morrison like swagger than the Morrissey flamboyance I expected.; he seemed impressed by the Earl's sound, while I getting more of the monitor mix so maybe his vocals were coming through hotter in the house speakers.

My first time catching the band, I would like to catch them again, now that i know what to expect as I feel, they try to capture the moment rather than dial in a similar set list.
Posted by Wilcifer at 11:05 AM