Loss of Self : "Twelve Minutes" 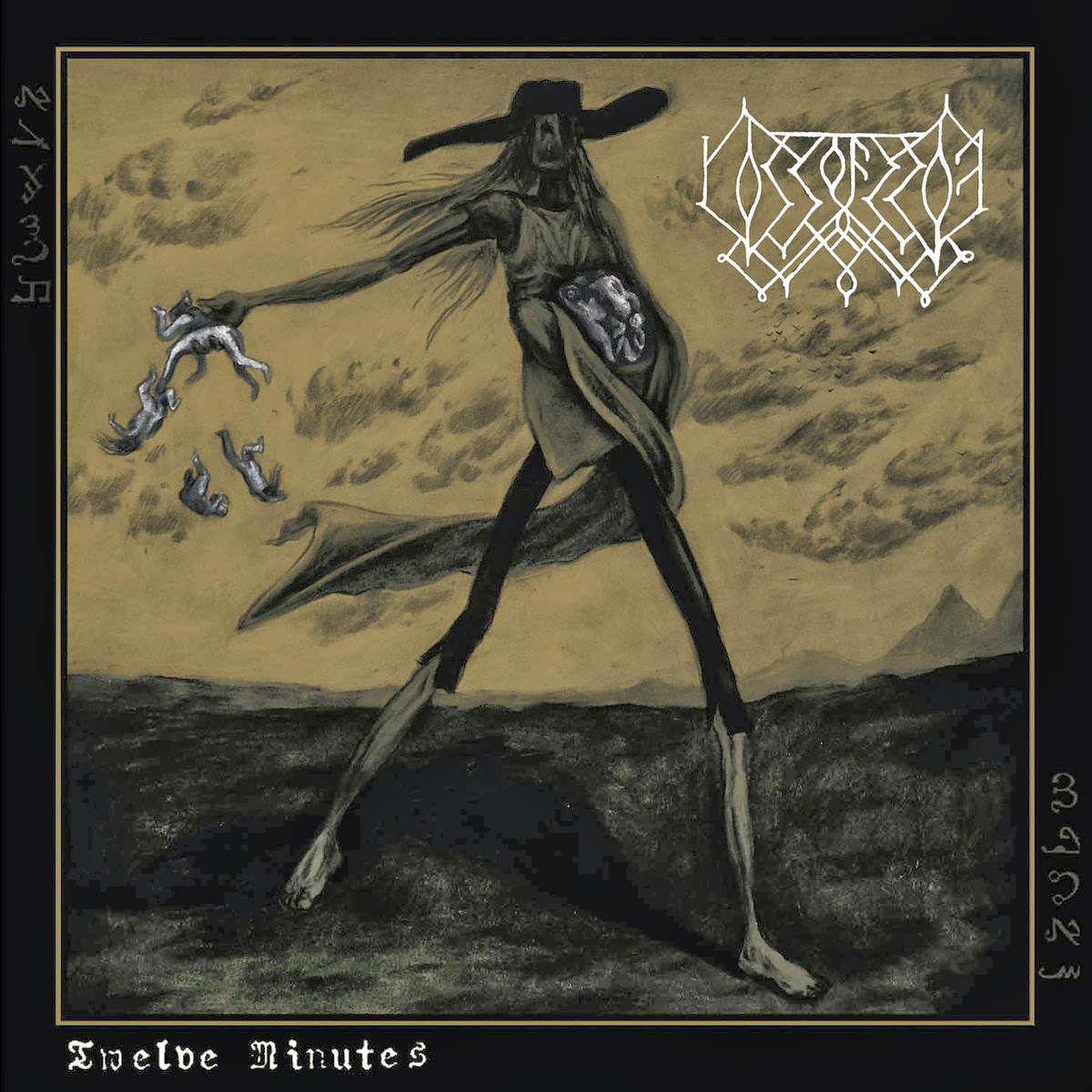 To dismiss this bands as being Deafheaven wannabes is selling yourself short. Comparisons can be drawn to Deafheaven, but  this band from  Melborne, is darker and more prone to wander into shoegazing territory. Tracks from their demo,  that founds it's physical copies quickly consumed, are remastered and found on here as well.

The vocals when they go into the scathing sneer, do have a tonal quality similar to that of Deafheaven, but they are not limited to that register going into lower growls.The first two minutes of  "Free Intelligence" they lay the blasty mcnasty on thick, and then float off into a more melodic guitar line in the final minute. "the Inheritance" is under two minutes and holds onto the narcotic sway of shoegaze for most of the song before building into cavernous and rawer black metal than what Deafheaven is about.

The guitars take on almost more of an indie rock jangle on Isolt, as dynamic smartly written song, with moody layers than encompass more than melancholy even though there is a reflective sadness to how the chords ring out, the vocals get even more tortured here reminding me more of Depressive Suicidal Black Metal in the way they gurgle. The bass playing here gets some props as well, for it finds melodies beneath the guitar in a way most black metal bands don't.

The use of clean vocals on this album is very interesting in they are buried behind the sonic layers and low-post-punkish, think Joy Division when they are audible, but mostly come across like a distant chant that makes you wonder if your ears are playing tricks on you when listening to "Paradise Overgrown" . The bass and drums add qa punchy throb to shove the murky mass of guitars forward.

The blast returns on "the Mind, Its Form and Function" though a minute in they give you breathing room. The recording is interesting lo-fi, in a way that will appeal to fans of raw black metal and are stuck in the cvlt sounds , but there are many sonic layers. There is a lot going on here and it takes a few listens to take it all in.On "Seidiltz" this is done in a weird tempo riff that the riff of the band swirls around, it slows and ebb and flow is steered into another direction, creating a sound that is very unique to this band, almost like a Sonic Youth of black metal.

"There Must Be Great Wisdom" touches back onto the more indie rock sounds even though there are screaming echoing over it. The drummer and the bass player are really locked into a drunken dance around it all. Aside from the screaming , the first half of the song there are no elements of black metal, even when the faster drumming kicks in their is a strange haze shimmering over everything, with elements of noise rock. The title track, takes a bizarre sonic middle ground with the My Bloody Valentine elements coating everything even when the metal roars to life after the first minute. When they go full speed ahead with the blasting it almost feels like they are taking the easy way out when it compared to the creative paths they have taken their sound.   I'll go ahead and around this album up to a 10 and expect to see it popping up somewhere on my metal albums of the year list , depending on how it grows on me.