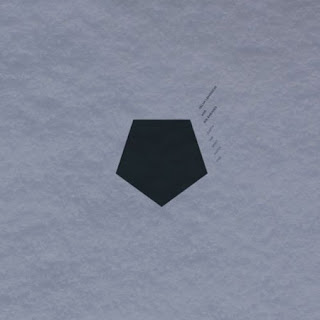 It's o.k you don't have to mourn the loss of the Devil's Blood, the new release by the band's mastermind Selim Lemouchi , picks up where the band left off. The album is a move into a an even more organic and jammy direction than Devil's Blood. The high light of the album is his guitar playing as he is one of the best players out there today.

Before you expect the total second coming of The Devil's Blood, the opener "Chiaroscuro"lets you know it's not exactly the case. Milko Bogaard shares vocal duties with the Lemouchi clan. This creates a minor key harmony on the vocals that conjures up Alice In Chains like vibrations. In addition to Bogaard, The band consists of ... drummers, Ries Doms,Micha Haring,Hans van de Perre and Hansz Deijnen. No word on if this is the touring lineup, as the band had three guitarists in the past but I can't imagine that many drummers on stage at once, so these are more than likely session guys per track. The bass duties are filled out by Job van de Zande, with additional guitars and f/x lent by Robby Geerings and Oeds Beydals.

"Next Stop Universe B" is like a more Dark side of the Moon like shuffle, think Money if covered by a more psychedelic Alice in Chains. It builds into the drive of "One of These Days" sort of thing , which is one big difference from Devils Blood is it is much more Pink Floyd than Jefferson Airplane.


They take a darker turn on "The Deep Dark Water" the vocals take on a more mysterious tone,is a better description than calling it goth as it touches on a Syd Barret era Pink Floyd, which is arguably one of goth's earliest influences. The seven minutes of ambient noise that comprises " The Ghost of Valentine" isn't really a song and seems an odd inclusion, but oh well.

"Molasses" pours out slowly with a moog dripping over an elastic bass line. The song floats in a more fiery air than Pink Floyd, though it does remind me of something "Obscured By Clouds" . This introductory jam coast on for around four minutes, when it coagulates from his sister's vocals, the tempo picks up into more of a Zeppelin pace, if we are thinking "In Through the Out Door" one of the best guitar solos  I have heard this year pulls it altogether. His playing is fluid and precise knowing when to pull the shred out at the right moment. I'll give this one a 10 easy , hard to say which is better this or the last the Devil's Blood album, I think the song writing and production here are more fully realized, the playing and conceptual ele,emts to these jams are pretty breath taking as far as the sonics go.