Up From the Underground: Slack Armada 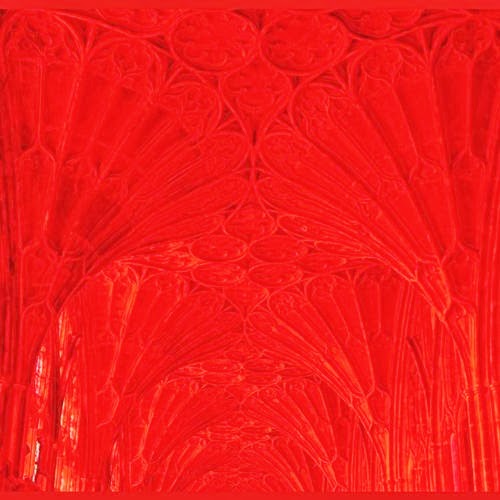 If you are a regular reader here, then you are probably  aware of the wide reaching influence the sub-genre of 90's alternative rock called shoe gaze. Shoe-gaze has in recent years seeped it's narcotic tendrils into indie rock and metal . Having been a fan of this sort of thing in my drug addled youth, it's resurgence , if even at an underground level makes me pretty pleased. The self titled Ep by Chicago's Slack Armada, brings the shoe gaze influence into new musical territory,  infusing it into electronica . It's done much more gracefully than you would expect.

James Hrabak is the mastermind behind this moving tapestry of otherworldly sonics called Slack Armada.The album simmers to life in the dreamlike state of  "Rebirth". A subtle down-tempo pattern holds the songs foundation for opiate sheen of guitars that ring out. The song ebbs back down to the pulse of the bass line, before it takes on new form riding an astral groove.

On "Your Majesty" the passages of synth strings at times flow like something from a Tangerine Dream album. Hitting the same uplifting places that older Sigur Ros does, but where the Icelandic bands stays in more of a fairy wonderland, this album feels more like an intergalactic exploration.  There is an undercoating of electronic bleeps and glitched twinkles floating below the surface."if" you were going to get stoned and drive around looking at X-mas lights next week, this would be the perfect sound track for that endeavor.

Though be forewarned before embarking on a psychedelic exploration that the beginning of this EP seems to encourage make sure your foot is not on the gas when the 3rd song starts up.  The moving thump of the bass line to "Looper" jarred me from the trance like state the beginning of the album has held me in.

There is a more dance like vibe to "Escape Velocity" the high hat tinged "  The more wavering tremolo associated with the more My Bloody Valentine influenced brands of shoe-gaze bubbles to the surface midway through the song. This transition is smooth despite being the least expect direction you might suspect the song is going in, which is why it creates such a striking dynamic. The droning abrasion that My Bloody Valentine touches upon, is invoked but in a much smoother fashion to bring the song to a close.

Hrabak has woven together some great sounds, the EP is pretty pristine in production. It holds up in terms of quality to any of the heavy hitter crafting this sort of thing. It is one of those albums you can leave on repeat and not notice that you have been listening to it all after noon, so it doesn't demand repeat listens as much as it lulls you into them. The use of the shoe gaze elements seems like a natural introduction and never forced even though they are implemented in a some what surprising manner in terms of dynamics.