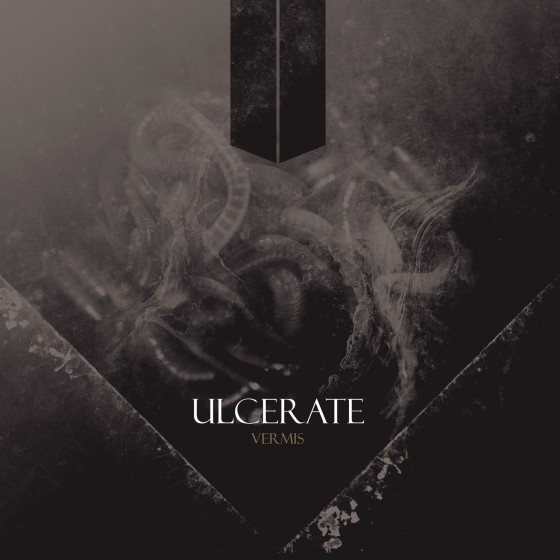 The New Zealand band  has come back with an  album  even darker and denser than 2011's  "Destroyers of All" It opens with a slow sludge laden drone before it bust into the more angular death metal that they are known for on the title track.

They cleared up the problem I have with the production on "Destroyers of All" which was the drums sounded so thin I wondered if they were a drum machine. They have more bass behind them and way up in the mix , which for this band is important because the insane drumming is this bands strong point.

It does however only take me til the third song to begin to get bored with the monotone growl of the vocals. The guitars do have a knack for the eerie , though their remains a certain dissonance to them that leers away from being melodic.

The band does get a lot of credit for being technical death that doesn't get hung up on the technique and devolve into wanking. "Clutching Revulsion" is so dissonant it reminds mea little of Blut Aus Nord. While they are no black metal, I'm sure fans of Deathspell Omega will also appreciate what these guys put into their craft. On "Weight of Emptiness" they use a similar color to paint this bleak bludgeoning, though they creep into the song rather than kick in the door roaring, almost to the point of dragging as the song doesn't come to life properly until the two minute mark. They defy traditional compositional structure as they are not worried with things like hooks or choruses. The catchiest riff might be to "Confronting Entropy".

Despite it's heaviness I find this becomes a wall of white noise at times I can simply zone out to and let coat the background with its thickness while I work. Not the face peeling affair that keep you locked in a head bang. I think this is because the technical aspects of what they do works like jazz. Theres space where they are given each other to dance around in their own worlds rather than becoming one relentless machine that congeals into the riff and slaps you with it. The playing is impressive but the song writing is back to a collection of cool dark grinding sounds happening but not always making a connection.

The pace slows to a doomier dirge with a furious under current of double bass they slowly forces the rest of the song to build momentum on " The Imperious Weak" that see the band following up for more of a one two combination than they have previously on this album. This sis where the brutality your standard fan of death metal will be looking for. "Cessation" works on a similar formula. It might be a few pounds heavier on the ears. The growl on all the songs follow the same pattern while every thing else take the ebb and flow with erratic bursts and blast jumping out at you. By the end of this song there is no denying its heavy even when it breaks down into the cleaner guitar at the last minute and thirty.

The album closes with "Await Rescission" . Like the songs before it they don't change the script to much and keep all the ingredients they have been choking you with up to this point. While the sounds on this album are perfected I think the songwriting was more dialed in on "Destroyers of All". These guys are great players and talented at the game they have mastered , but it boils down in the end to songs. There are some cool dynamic dips into the gray waters of their more sullen sections but I don't feel there is anything really being said through the music than just a heavy soundscape. If you are a fan of heavy and dark music that ultimately just drives in circles then this might be for you, it well executed but lazy song writing relying to it's heaviness alone so I'll give it a 7.5.