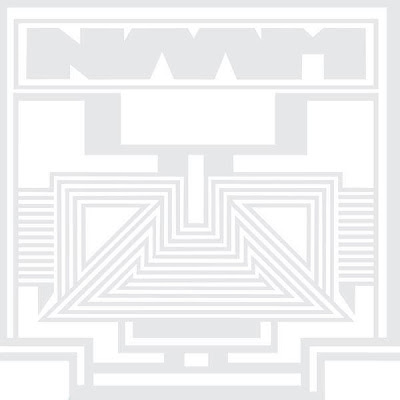 This Brooklyn band's tour van must billow out enough smoke to put the Mystery Machine to shame , if these guys are living like they sound. That's not to call them stoner rock. What plays like an intro is tracked as a separate song, but it's not too much to distract me when it swells into the drone boogie of  the title track.

These guys aren't just Sabbath worshippers like the Sword , but are a lot less metal, however this doesn't play against them as the album starts of with darker pill heavy brooding. The song starts to soar sky ward  not unlike the sort of high Hawkwind would have done in their hey day.

Their grunge roots start to show on "Pardoned Pleasure" which sounds like Mudhoney jamming with the Butthole Surfers. Their trippier side wins out over the garage rock leanings this song takes on at first before the slurred desert breakdown that goes into an angular prog groove.

"Laid to Rest " carries the same twang to it as when Nirvana used to cover The Meat Puppets. "On the Hour" creeps into the rocks, falling some where between Mudhoney grunge and stoner rock, with the keyboards keeping it from tipping over too far into the Sub Pop. In the final minute it beefs up a bit as it builds.

"Skyscraper" the hypnosis of the underwater drone is laid on thick. Everything floats in this narcotic bubble in a dark "Set the Controls For the Heart of the Sun" manner. The stoner Sabbath thing does float to the surface in the opening riff of "Midnight Glow" though it's off set by the layered vocals in the verse, that carries more experimental resonance and the Sabbath lingers in the Geezer turn around coming out of what might be heard as the chorus, though like the keys to the van it was misplaced.  The punches in the song are more Deep Purple until the bass rumbles out from under it.

Their clouded memories are too burned out to write long prop epics but they do cram a wide range of sounds and dynamics into five minutes. "Beyond" touches the 8 minute mark but with metal these days that like the intro to other 15 minutes. The bass line to this one carries more Roger in its waters ,there is more attack but not in the metal sense. The pace picks up the most heading into the three minute mark. It's very "Obscured by Clouds" to my ears, but I have smoked a ton of pot to Pink Floyd in my day. The wink to the Violent Femmes, before the build doesn't escape me. I would like to hear them pull off that vocal break down in the middle section live. The middle eastern feel it drifts into is a winner in my book and gets them extra points. The drawl the singer takes on is weird considering they are from Brooklyn, but they might be getting their drugs from down south, gods know there are plenty of them to be had here.

Thats a rough song to try to follow up and close the album after with so they let the weird warble of keyboards serve as an outro for the final two and a half minutes . It twinkles like smokey stars but serves no other purpose. I'll give this album a 9 as some of the more Mudhoney elements might take me back to high school but they seem like a step back for a band that proves themselves capable of more , but otherwise color me a fan.