I have a feeling this will be the best album of the year thats not heard.  The third full length from this Finnish band who now prowl the shadowy outskirts of what could be called black metal. I'll listen to this thing a few more times through in case I missed a blast beat some where. They do not rely on speed , if we were to count straws they could be more aptly classed as blackened sludge, though someone might want to throw industrial in there as the album often pound at it much like Ministry's Filth Pig. The pacing of the album in fact is very similar, though in terms of guitar tones they go even more directions.

"Tyhja Tempelli" has some really twisted surf rock guitar playing sinewy angular patterns that I don't think even when velocity increases any one would call black metal. It very dark and very sonic two characteristics of black metal sure, but the way the bass drives everything is so much more, almost like Red era King Crimson, though with a dirty chug attached. The build in the final minute is pretty fucking majestic and these guys have really broadened the spectrum they are painting with. 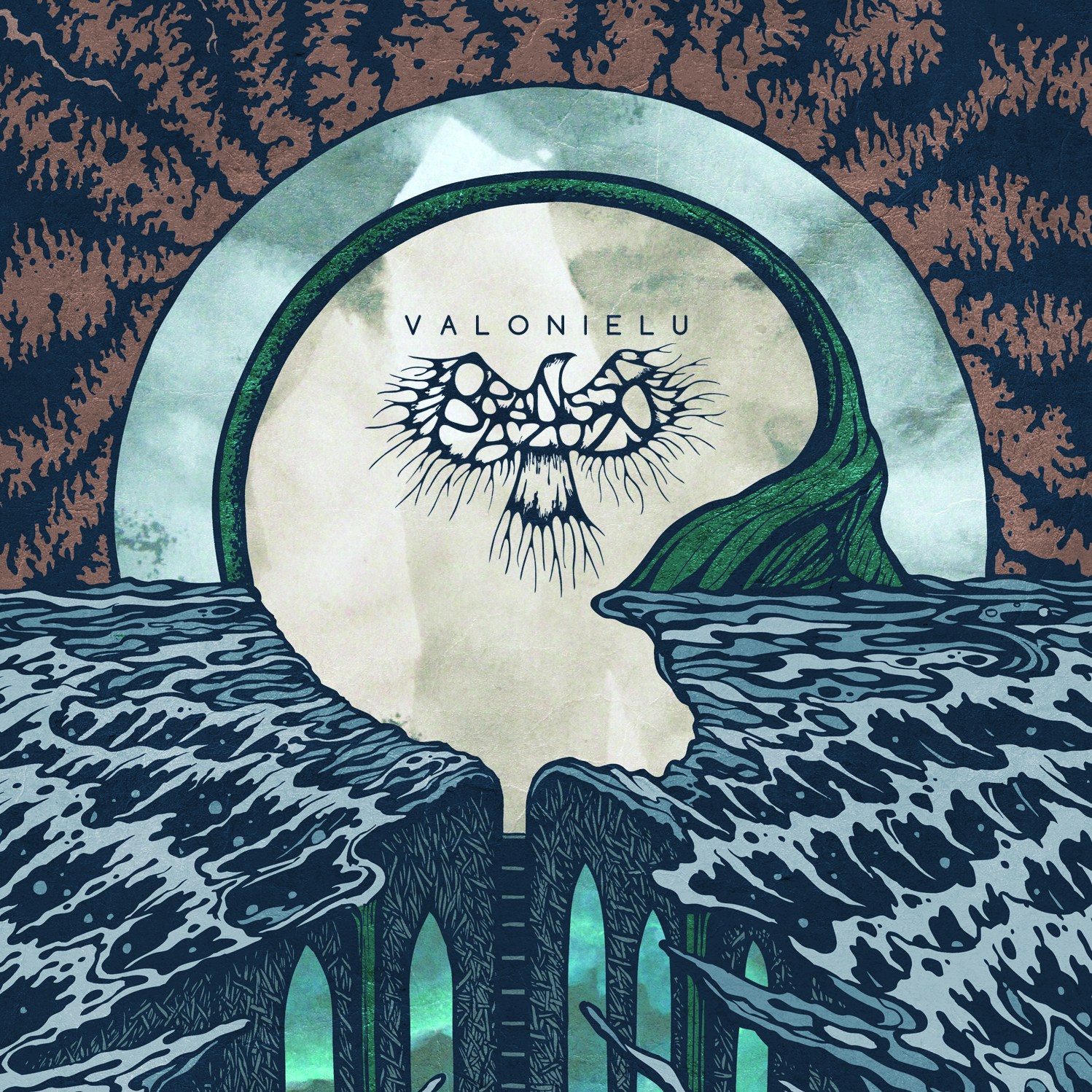 "Uraanisula" takes it's time creeping to life with an almost stoner doom vibe. They guitar is layered well and the interplay with the keyboards is smart creating a dark trippy atmosphere, though the pace stay to a sludged plod it still has a swing to the groove.If the intent is to drone here they succeed as it waits til the four and half minute mark to build the climb. There is a more organic feel to this song than what was displayed earlier in the album. When the pace picks up it builds into what is closer to a frantic Tool riff or something fitting on a Mastodon album, with the vocals remaining the only harsh constant. Imagine Enslaved angrier and with out the clean vocals and your are getting warmer.

They remain in this some what straight forward beat the groove until we build from its fragments formula on the mid paced " Olen Aukaissut Uuden Silman" that comes the closest to being black metal and hits a blasty depending on how your speedometer is gauged. I like the movement and the dynamics this song carries while retaining a sense of sonics. It goes to show how letting a riff breathe can prove more effective when you ramp up its intensity and there is a diverse mix of guitar sounds.

The album closes with the fifteen minute drone epic "Ympyra On Viiva Tomussa" that recalls early Pink Floyd in the spacey first five minutes. So  if you are a fan of meat and potatoes metal you would have fallen off long ago on this one as it doesn't get metal until close to the six minute mark and then the riff is very powerful the Neurosis sense if you are thinking Through Sliver and Blood. The keyboards shoot lasers around the big riff they drone on once it all kicks in. I'll go ahead and round this one up to a  9.5 as I think it will grow on me.
Posted by Wilcifer at 5:57 AM