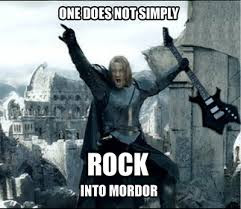 Yeah I Know I'm waaay off schedule for this it's been a weird week so oh well... so here I go clicking shuffle on the the ole ipod and letting my thoughts on the first ten songs rip.


"The Gateway" by Cult of Youth, .. I gotta think this is the biggest band on Avant records, any way this one rolls along nicely, its dark punk folk with an attitude, great album I have reviewed it on here and its no secret how I feel about this band. Sure it might be seen as rather down trodden to your average hipster but its my fun time music...but I think the Smiths are uplifting.

"Lethean" by Katatonia...Reviewed this one as well, this album has really grown on me to by the time I do the mid-term for 2013 it will get it's score rounded up, this one sounds good live, its still pretty middle of the road hard rock but well done and better than any of the lame perfect circle wanna bes on the radio these days, not that I have any clue what is getting played on rock radio which is going the way of the post office and newspaper I'm sure. The solo on this one is pretty tasty and the vocal hooks are all there particularly on the line "We had plans but you couldn't make it" Look for the review of Jonas solo collab the Pineapple Thief this weekend.

"Charlote the Harlot" By Iron Maiden,...There are some who view themselves as metal purists and will foolishly declare that the Paul DiAnno albums are better than the ones with Bruce and while the first two albums are great its just not so, Dianno has a raw rock vocal and would have been incapable of pulling off something like Hallowed be thy Name, I do like the melodic middle section in the middle of this on it reminds me of Thin Lizzy more than any thing actually metal. Even here it sounds like Paul is really straining to reach the notes.

"Trees Come Down" By Fields of the Nephilim... One of their more laid back moments , closest the really get to sharing common ground with the Cure, sure they are both goth but really what does that mean aside from dark, they come from two totally different places even here their is the tribal occult vibe brewing beneath the creep of the bass line. Carl McCoy has a really unique voice going down into a growl before there was anything called Black Metal, I'm sure these guys influenced Celtic Frost as well. The guitar solos sound very David Gilmore on this one. I can imagine listening to this in desert tripping on mushroom would be the perfect fit.

"Subway" by Peter Murphy...Wow, loaded down on the Goth this week here's Some solo Pete, his voice sounds awesome on this track, more electronic elements than Bauhaus ever used, majestic in it's darkness more romantic in feel then even his former bands more laid back work, this is marked by its early nineties production but still a great song. Kinda like goth chill out for dungeon after care.

"Modern Love" by David Bowie...Im going through the book on Karaoke and doing every Bowie song so I guess this one is waiting in the wings. This an under rated album, sure it got him back on the map in the eighties and has some big radio hits for him, but the attention to detail on these songs its unbelievable, I have owned this album for thirty years and it sounds just as good as the day I got it, even when it comes to doing pop Bowie does it well, the fifties flair is a nice touch to , lots of class.

"Mount North" by Immortal... Ok about time for some metal, I love the riffs on this album its really creative guitar playing and still manages to be black metal with out just relying on tremolo picking. It does border on thrash in the way the attack hits. Very viking in feel, though I know their songs are about their own mythology they had made up. kinda like a cooler version of what Coheed does, the double bass by it's self is more epic than any thing those guys could muster. I know some people don't take these guys seriously and lump them in with Dimmu and Behemoth, though Im down with some Dimmu they are more legit than say Cradle of Filth, but Immortal sure wears corpse paints and sings from the tops of mountain tops in the snow but they also rock.

"Conspiracy" By Circle of Ouroborus...I like this album even though the production on it is so god awful, but it doesn't demand a lot of repeat listens but I'm glad when it pops up on shuffle, my thoughts on it havent really changed since i reviewing it, the vocals might be the best part as every thing else was recorded underwater.

"Tyster Pa Gud" by Darkthrone ... I still like these more punk albums better than the retro metal sound they are pumping out even though its a pretty decent album, it hasn't gotten as many spins from me as Cult is Alive though, even with its bad solos and sloppier playing.

"Thorns on My Grave" by Emperor...Well meta; made a comeback this week, Emperor was one of the first black metal bands to stand u and say we want our shit to sound good and don't give a shit about the "necro" sound or being cvlt and because of that you don't hear their name spoke by hipster metal heads who only listen to Mayhem and Darkthrone... o.k they throw some Horna and Inquisition in as well, Emperor can play the fuck out of their instruments end of story and will shred a burning church to the ground. They might have held out on taking the corpse paint off for longer than Darkthrone, need to check a corpse paint timeline on that one. I LOVE THE GURGLED King Diamond influence vocals.
Posted by Wilcifer at 3:08 PM