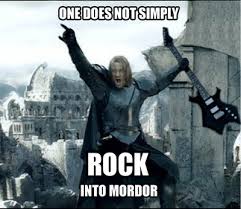 You know the drill, I click shuffle on the  old  ipod classic and review the first ten songs.

"Atrocity Exhibition" By -Joy Division, ...Off to a good start not one of the most popular songs put it certainly is one of my favorites , I like the tribal feel and how the guitar is just real noisy in the background. I love the lyrics to this one as well some of Ian's better work. "This is the way ... this is the way step inside..."

"Blood and Honey" by -Swans,...Generally I like their mid period stuff the best though the very hypnotic nature of this one is pretty chilling. Jarboe does what she does, and this is an overlooked goth classic. It has all theelements of darkness you would need. Where is my black Swans shirt I bgin to wonder midway through this one. Its a clear cut case of you don't haveto be metal to be heavy here.

"Eyes of the Insane" by Slayer,...Speaking of metal, this isn't one of their better albums but this song works. The drums are pretty insane and they are creating a different vibe from the normal way things have been after "Divine Intervention" though this one has more of a "Seasons in the Abyss" feel to it especially in the riff that comes in before the solos start.

"Watain" by Von,...Yes, the very song they got the name from, I don't think its the bands best work, I think will I appreciate what they do sometimes the application of it gets muddy in the cvlt production, before it was cvlt and just shitty. The dog is angry and it barks , coughing up demons is what it sounds like, the guitar is chaos.

"Departure" by Ihsahn,...This album continues to grow on me so that says something about it, I like the faint sax in the back ground and the work he does here is way more impressive than what he does in Shining. The main riff is pretty mean. If sounds like his growl is making him sick to his stomach, but it is such a good one drenched in King Diamond's influence. The  lounge jazz interlude is very Devin Townsend of him but it works for this song.

"Artic Swarm" by Immortal,...A mean album the riffs have alot of teeth and make you feel like you should be fighting frost giants from the back on a snow eagle. The drums pretty much rule the country side, the riff on this one is a little more straightforward for them but its still a powerful song. The break in the last two mintues is where the gold is hidden.

"Gather For the Attack on the Pearly Gates" by Darkthrone,...Really I think due to the muddy production on this one and the very straight forward blasty manner on this one it's more than likely my least favorite song on the "Total Death" album, it doesn't suck but it's not their better moments , the ambiance of the drone they acheived on earlier stuff is kinda lost here, this is a precursor to the transistion they are about to make.

"I Took a Trip on  a Gemini Spaceship" by David Bowie, ... the Heathen album took sometime to grow on me, it didn't as a whole really grab me when it came out , I think I wanted something with the same impact of  " Earthling" but Bowie of course goes where he wants to go . The drums on this just aren't as interesting and its somewhat middle of the road nineties rock.

"Heaven in her Arms" by Converge,...This one is equal parts angular and powerful in a way most bands only reach for. The guitar tone on the "Jane Doe" album is crushing. The riff that surfaces in the last minute and fifteen seconds is not just one of the most crushing riffs to appear on one of this bands album but to appear on any metal album period .

"Anthem" by Rush...Without a doubt a classic, influenced many metal bands and no one is every going to deny the musical genius of these guys, sure there are hipster scumbags who won't want to fess up to it but there is no doubt about it and this way during the time period where they came the closest to being an actual metal band.