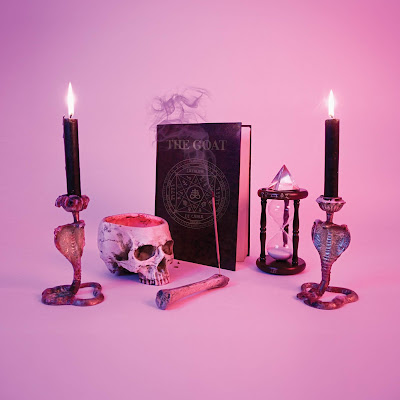 This band from Britain takes me back to the post-grunge wave of metal bands trying to figure out how to blend the two. This is pretty cool until it gets to the chorus , then it's almost too blatantly power pop. But the verses are cool enough to make me more forgiving. Vocally they remind me a little of Ghost, but their have a better guitar tone and the music fits the vocals better. "Vengeance" is even more up beat , almost to the point of being happy so I obviously don't like it as much. There is a really fine line these guys walk, there is more power in the chug of "Poor Me" that balances out the sugary vocals. Some riff have a more nu-metal stomp to them. The nu-metal bounce starts off "Just Like You". The verse riff is a more stalking staccato.

"And So I Burn" is not much different than the other songs. The verse has a tension that makes it more interesting than the formulaic chorus. Here is another lesson in a press release that made me what to give it a shot, as this was supposed to be grunge. It's like metal like. Even a band like Pearl Jam comes across as being heavier as the emotion they are putting into the music is more explosive, most grunge was pretty dark as it was made by heroin addicts with metal health issues. These blokes sound pretty well adjusted. The riff to "World Stand Still" at first reminds me of Ratt, before getting more Nu-metal in it's groove. Then it's melody reminds me a little of "Every Thing Counts" by Depeche Mode.

They get heavier with the thrash leading into "Bathe In Blood" . Then it gets into the same formula as most of the songs. While it's poppier "Night Walker" just flows together well and is catchy. The vocals shift and more of a Foo Fighters feel on "I Feel an Evil' that makes me think of Atomic Bitchwax. It does break down into a heavier riff. "Handle Bars" is more in the realm of Myspace with the smooth sugary vocals off setting them. The album ends with the marginally darker "Demons". I think this song displays while there is a somewhat similar dynamic as Ghost these guys are better song writers. Lyrically there is a contrast with the cotton candy tenor of the vocals. They have formula that generally works for them. The first song lured me in, but by the end the formula is some what predictable , but the same thing could be said about Ac/ Dc. I'll round this down to an 8, which is still better than Ghost does.