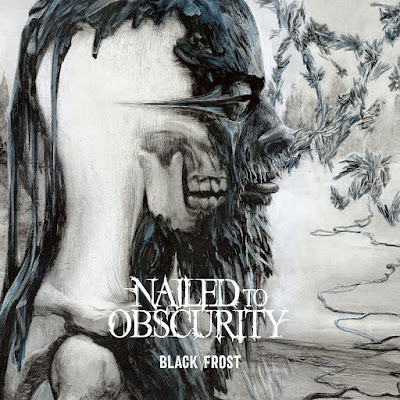 This is my first go with these guys. I am impressed with the clean vocals as they don't feel at all contrived. When the growling kicks in, they seem to be in the Enslaved or old Opeth realm. Mid paced progressive death metal that has a load of catchy riffs and doesn't try to dazzle you with guitar solos every where or drums that are too busy. "Tears of the Eyeless" is more melodic in it's trade off thus bringing Opeth more to minds especially in terms of melancholy yet romantic guitar melodies. The use of clean guitar is layered really well. The use of the vocal harmonies, also bring Opeth to mind. "the Aberrant Host" starts off more straight ahead metal then goes off into an almost post-rock like passage that is very lush and sonic. I like how they throw chugs in as accents, which pounds the point home without being over bearing.

If you asked me to guess where they were from I would have said Sweden rather than Germany. "Feardom" has a progressive almost Tool like tension to it.  "Cipher" is more typical of what I would expect from melodic death metal of this kind. There is loads of melancholy melodies in the guitar. Where they do excel is big the massive riffs room to breathe. The drumming is pretty tasteful through out. "Resonance" rings out with more of  progressive leaning. While this album is darker than some one like Trivium or Fates Warning, they are more of a gray around here. Which fine with me. I would say this is more brooding than it is heavy. Often the growled vocal is the only heavy element. In the album's 3rd act some of the songs seem like extensions of one another. The guitar solos are flow and pretty much every one is a perfect example of serving the song.

The production is great at capturing the mood. The only instrument that seems a little lost is the bass, which is buried under all the guitar layers. I think more bite from the bass could have give these guys more of an aggressive drive. I am almost reluctant to call this death metal, because this music is moody and metallic but not aggressive. The closest they get in this regard is on "Abyss" which is almost more straight forward death, though I think this song doesn't play to their strengths and the more melodic help set them apart. So when they take this more middle of the road approach it kind of fades into background music for me. When they are more deliberate and mid to doom paced I think they set themselves apart even in this current wave of death doom. They do latch onto some catchier riffs with "Autumn Memories" which despite falling into melo-death, just fits right. The album closes with what aside from a more black metal like scream is an instrumental. I'll round this up to a 9 as I threw it on my iPod for the mood it creates on a cold rainy day.