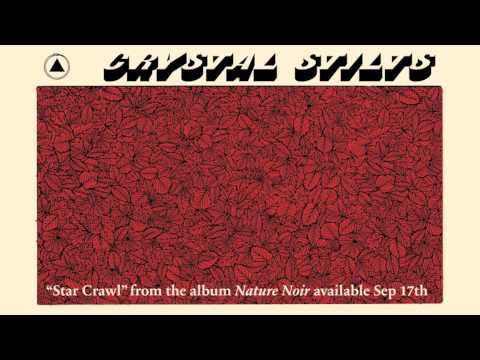 This is the 3rd full length from the band currently base in Brooklyn, it starts off at a lazy drugged 60's shuffle, with a Morrison like baritone moaning into the bathtub down the hall. The guitars nod off in a manner not unlike some of the less droney moments of the velvet Underground. It encapsulates everything I like about music from the decades, all underground New York Art scene and none of the hippy crap.

The drugged haze begins to clear for something with a little more spry in its step with "Future Folklore" but stays to the Quaalude left of the Stones even at their most Satanic and majestic. The Benzedrine boogie here is a more hopeless party indicative of the lyrics"back to the underworld/back to the sea / back to the garden just you and me."

They are more optimistic in their hung over strum on "Sticks and Stones". I prefer the lower more somber vocal tone to the first two songs. They stay in a dreamy strum of acoustics on "Memory Room" which keeps the more stoned slacker monotone than the album started with.  This band has often been labelled as being post-punk and I don't hear anything to back those claims until the Jesus and the Mary Chain appear. It shows back up on "Words Gone Weird" but unlike like most post-punk or goth, there is some sort of tension and this album is far too relaxed for that label, closer to being psychedelic.

They work the best when creating a bleak oasis of psychic garage rock like " Darken the Door" that wanders off into Doorsish exotic scales and circus waltzes. I have a sinking feeling there was more experimentation being done with drugs than the sonics which tend to return back to acid drenched meanderings that happen to have enough melody to hold them together despite the best attempts of the jangling guitars to lead them elsewhere.

The title track bathes in the heavy reverb of a western and still manages to find a subtle groove. The indie attitude is all over this thing far more than any punk sneer as it is far to dazed and confused to bite back, but it works for this album. Of course I can do without the camp fire guitar strumming and want things to keep the morose feeling and they tip toe this balance when they bring the album to an end with "Phases Forever".  I no longer do the kind of drugs needed to really feel this type of floating exit the album makes but I can recall it.  I'll give this album an 8,  seems like it will grow on me, overall I was caught by surprise by these guys as there is a certain down trodden feel to the album I enjoy a great soundtrack for coming down.