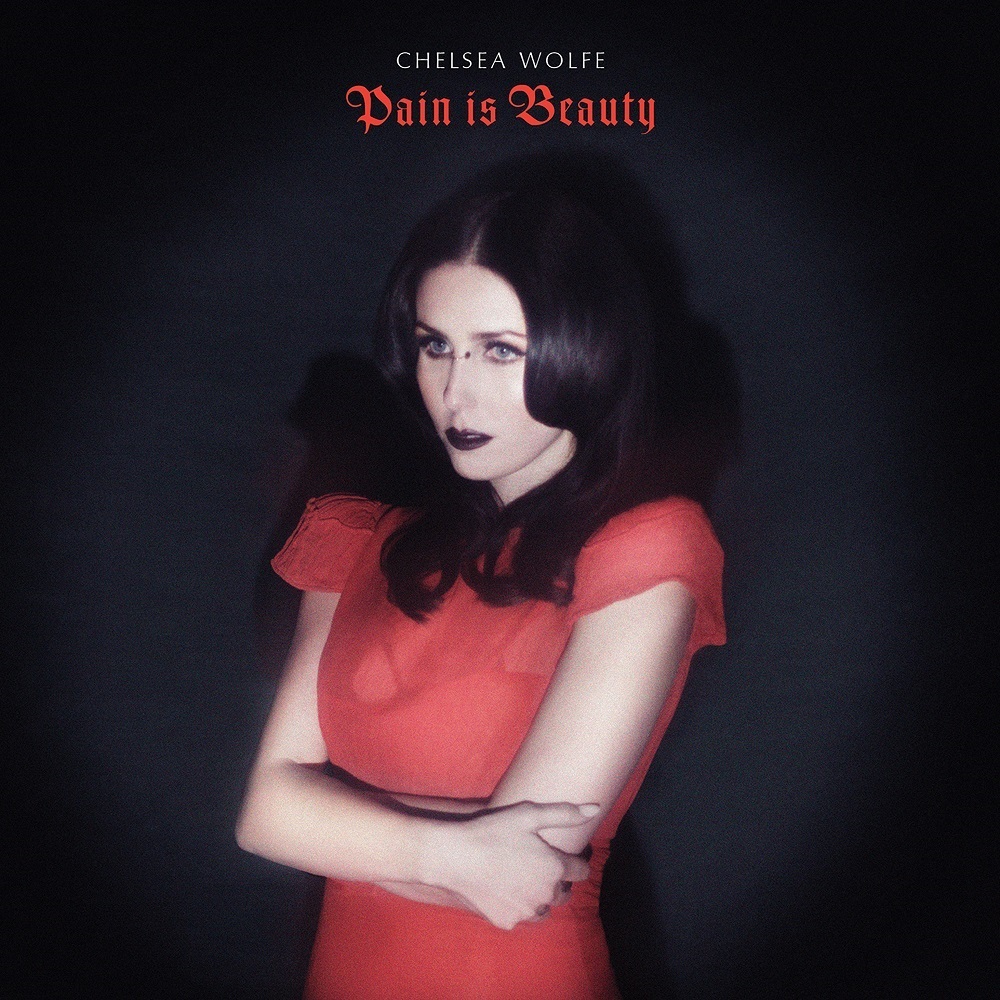 It's not a secret how I have been dying to get a hold of this one and it has been worth the wait. With "Unknown Rooms" it took a listen or two or it to grow on me but with this album by the time I reach the build of the opener "Feral Love" it grabs me. It's darker and heavier than "Apokalypsis"

"We Hit a Wall" is filled with a desperate beauty, I have already reviewed this song and its as stellar as it was the first time I heard it maybe even more powerful now that I know what to expect from it and can just bathe in it. The electronic elements don't take the easy way out by just droning and Wolfe's voice glides over it like the lonely ghost she always is. The vocals are produced in a similar fashion to other other album very reverb drenched. This is for atmosphere because the gods know she has the pipes to pull this off however she wants.

There is almost an evil Depeche Mode feel to some of the movement in the electronic elements, the ethereal vocals set against the almost retro "Enjoy the Silence" like beats in the end create more of  Cocteau Twins sound. I think its funny that when I brought up Wolfe in the state of the Goth scene panel it was scoffed at by some, but this is the future of dark music in fact at times she makes the likes of Siouxsie seem too peppy. Zola Jesus is going to have to watch her back and come correct if she hope to even be able to touch watch is being done here.

The David Lynch garage swing of "Destruction Makes the World Burn Brighter" is different for her, the darker elements shade the edges in the way the backing vocals haunt the corners.There are moments that sound like they belong on the soundtrack to a transcendental horror movie, "Sick" being the song that brings this to the forefront of my mind. The line  "I'm not the kinda sick that you can fix" is very powerful and when her voice hovers into an acapella section its rapture.

Like a David Bowie this is another reinvention in her approach , but there are still many trademarks to her sound presented and given the spotlight in different ways but still fitting nicely in her body of work. There's a dissonance to "Kings" that could be heard as Krautrock, or obviously dark wave. She drops it back down into "Doom Folk" as she has been most commonly labeled with the strum of  "Reins" sitting against down tempo funeral march that gathers speed as they start down hill. Her voice really shines out of the darkness here, a little more delicate than from what we have heard put to album but a similar style employed live.  The post- rock nuance of the guitar sets a chilling back drop.

There is a twisted Bjork like turn taken on "Ancestors, the Anicents" it has a very powerful throb and the electronic elements do not detract from this still sounding very organic. There are even some slightly proggy elements to some of the guitar playing here. This album is dynamically here strongest as it builds toward the ashes of a burned heaven, drifting like smoke higher than she has soared before. The drumming is also noticeably stronger on this album.

She reverts back to the acoustic guitar on " They'll Clap When You're Gone" this song is the closest thing to what she has done before, so if this growth frightens you then this will be your favorite song as it strikes me as being a left over from another session. While if this was the direction she took this album as whole I'm sure I would like it but it seems like an old song used as filler considering the magnitude of sonic scope she has showed us she is capable of producing. But taken aside by it's self its not a bad song and has a emotive build not unlike those on Unknown Rooms.

The piano driven intro to "the Waves Have Come" doesn't stray to far from her past as well but it's done in a creepier manner to distract me from this fact and by the time the drums come in then the movement has you caught up in this tragic dance . By the next build you have handed her the crown to take the throne as the new queen of goth. Though its a title she will surely reject. She closes this out by dropping it back down to just her and her guitar for the fittingly titled "Lone"  though it builds into a  cowboy ghost of a campfire fire song.  I'll give this a ten since it's the highest rating I albums on here, her glances back to the days of her and her guitar will take time to grow on me after being blown away by the dynamics of the album as a whole.