Leaether Strip : " Back to Industry" 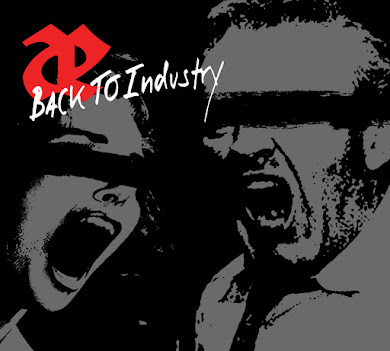 This album,  Wumpscut , and Cabaret Voltaire to listen to in one weekend. Of the three this is the band I like the best. The first two songs make it clear they have kept their sound current while delivering what they have been doing for the past 30 years. I have always liked how's these guys have used samples and this album proves to be no exception in that regard. So far no guitars , but very driving synths. That seems to be a trend with some of the older industrial artists to abandon guitars and go for more in your face synths. Where these guys have the edge on Wumpscut is even when they dial it in and hope that cool beats alone make for good songs , they still have the vocals to hold your attention a little more even if it is some hoarse redundant chanting. " I Choose You" makes me think of Pokemon despite the otherwise sinister lyrics.

"Silent Sin" feels like the beat is having to do most ot the heavy lifting, and by beat it is the synth that is holding down most of the groove. The groove is less gripping on "Mistaken For Pavement" . Back in the Cleopatra days what they did would have felt darker as the over all sound was rawer. Things begin to drag a little by the time we are at "Stumble and Fall". In sorting through what is different here that keeps it from having the magic of the 90s era output. The fact the vocals could use more that the distorted filter of effects comes to mind. There is a robot effect at times, but everything is too clean sounding.  Another thing that comes to mind with " I Still Hate You" is there is less of a sex vibe. By sex I mean bdsm. Songs to beat some one to. They rekindle it with " I Still Hate You" .

Does the bulk of the album rely on beats to get by ? Yes and some are better than others. "Elevate Me" employs the typical 90s industrial chanting. It is like a gay German pep rally. It does have more of a hook to it than some of the previous songs. "Gone But Not Forgotten " works off a similar momentum, though it clicks into place better. " When things get darker like on "Happy Days Are Here Again" , it allows the mood to bolster them. "Rush , Rush, Rush' is more aggressive, which is about as good as it is going to get without guitar. Things get darker with "Slaughter". the beat is more of an 80's retro thing without comfiting to synth wave.  When things get bouncy they do hold my attention no matter have aggressive the bounce is. Toward the album's close it begins to feel like they are dialing it in a bit , but it's better than most of their peers from this era.  "Worm is a Word" is questionable in terms of lyrics but is another song that comes closer to capturing what they are about. For what they do this is on point most of the time so I will give it an 8.5, it is good but not their best.