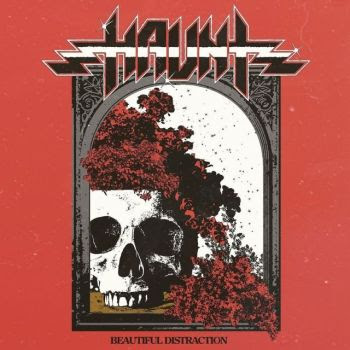 These guys continue to grow into themselves. I am still stuck on wanting this to be Beastmaker instead, they have fine tuned their hooks to make this a more radio friendly version of what this was in the 80s. The guitar harmonies are even more razor sharp , creating an almost power metal feel. The vocals are a little lower on the second song which I prefer. "Fortunes' Wheel" is tightly written. The guitars are awesome on it. Why the riff simmering under it all is cool , it does not hook me in as tightly as the first two songs . There is more of Dokken feel to " Face of Danger" .  Not as arena minded. The gallop has more in common with maybe solo Ozzy.

I do not think they are playing to their strengths when they go in more of a speed metal direction with "Sea of Dreams" . The vocals are more compact on "Keeping Watch" which feels a little heavier. The mix on this album is weird as the drums sit back further in the mix than most metal. This one grows on me more than the previous song. The go for a more Iron Maiden like take on thrash with "Imaginary Borders".  Not the most original moment on the album , but works with what they do. There are more synths on this album. Which at least offers more texture. The tempos begin to all run together so as the album progresses it starts to lose it's dynamic range and become more about a sound than a song/

The keep their feet on the gas but the vocal melody is more interesting on "Hearts on Fire" so that balances out their need for speed. Proving they can have both. There is more of a Judas Priest tone to the last song. Granted the vocals are no where near as dynamic. The vocals have improved with every release but are rather straight forward though they have more hook to them this time around.  I will give this album a 9 as it is a success. Does it sometimes get a little boring for me when they pour the speed on? Yes, but they accomplished what they set out to do and made it interesting enough for me to stay invested with multiple listens. If you are a fan this is what you want.