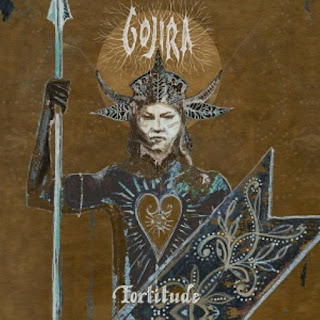 I really liked the heaviness of their 2005 album "From Mars to Sirius". After that I felt like they went in more of a Machinehead direction. I have heard them from time to time since. They are hard to ignore as they have worked their way to become one of the bigger metal bands working today.  For better or worse they have changed with each album. This album is no different. It feels like they have refined their sound into a balance of hooky melodic song writing that is counter balanced by the weight of their riffs. I prefer "Amazonia" over the opener as the vocals are a little more compelling. They continue to blend the melodic elements with the crushing stomp on "Another World" though it did not hold my attention as hard as the previous song.

When "Hold On" locks into it's main riff , the results are powerful. Where in the past they were a heavy band that crafted their songs in a progressive manner, they are now playing them in that way as well. "New Found" works off a great deal of groove, which has become their thing. The vocals on this one are bellowed in a way that do not do a great deal for me. Oddly the title track is more of an interlude than an actual song. This leads into "the Chant" which I like as it has a cool swing to it that breaks them out of a big chugging metal formula. While they return to the more standard metal chug on "Sphinx' this one grows on me as it reminds me of their earlier work. I have mentioned how I have been more drawn into songs that did not adhere to metal norms, there are exceptions to that rule , "Into the Storm" being one of them. They do metal in all the right ways with this one.

"the Trails" employs smoothly sung vocals and a tension in the guitar , that breaks away from the normal ten ton distortion they use. It should come as no surprise that this album is well produced. Even for mainstream metal this album has a really lush mix. "Grind' closes the album in a way that might not hold any surprises but delivers the kind of heavy grooves and aggressive vocal approach fans of the band came looking for. In fact it might be one of the album's heaviest songs. The drumming on it is the album's most impressive display.  The vocals have a Mastodon like howl to them on the chorus. I will give this album a 9 , the executions is impeccable , but the straight forward radio ready approach to metal is not really my thing, but I will acknowledge how well done it is  Not an album I plan on listening to again, but fans of this band will embrace this if they are into their more recent work.