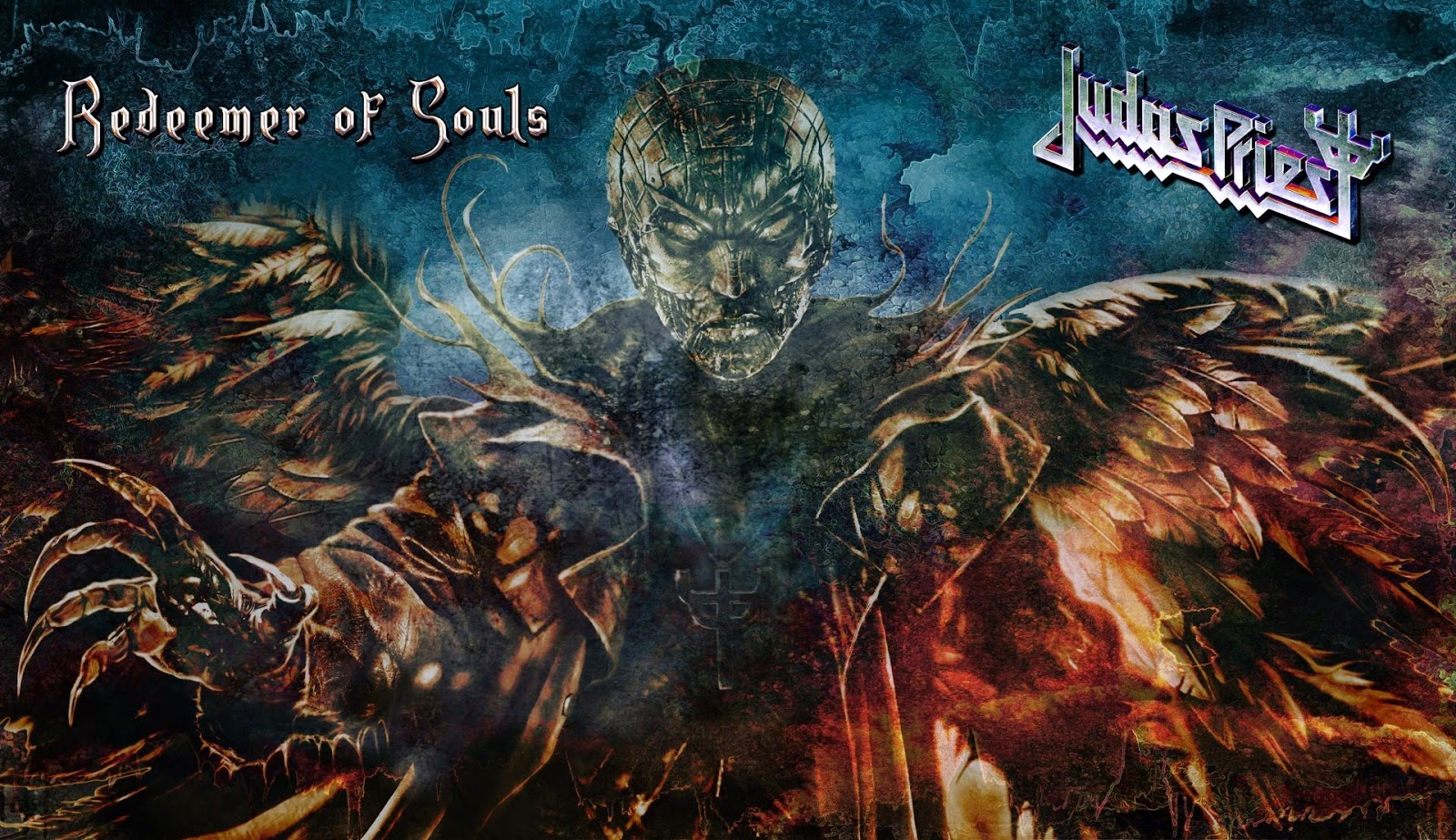 I was afraid of this one , but  can it be any worse than that last Black Sabbath album ?  With KK gone and Tipton holding down the fort with the new guy,  the tone does seem thinner with the new guy. This rocks more than Nostradamus  , but is no Painkiller. Rob knows what he has to work with and goes for more grit that siren wails. The title track has a pretty decent gallop to it. This could have been written in the 80's , it's less slick and arena oriented than Screaming For Vengeance. So comparisons could be made to some of the earlier albums. They are making no attempts to do anything other than what they do current trends be damned. I think this album could have benefitted from some more modern sounding production, the song writing is pretty much intact.

Like Ozzy,  Rob is working off of charisma at this point , as Ripper Owens could knock some of these out of the park, when it comes to hitting the high notes. The note at the beginning of " Halls of Valhalla" is more strained and rough around the edges. Some of the classic metal elements come across a little like Manowar, and David Wayne of Metal Church is who comes to mind  Rob goes into his upper register. His crooning mid-range is still dead on.

This is far from their last conceptual spectacle. The songs are about as straight forward as Breaking the Law or Freewheel Burning. The melody to " Sword of Damocles" is pretty solid. The chorus sounds like any of the hundreds of power metal bands that pay homage to the Priest. The chug here hit's a little hard than most of their imitators. The falsetto in the break , is uncertain, but what is not is the fact they rock out the final minutes of this song.

"March of the Damned" is another solid song. Rob reminds me of Ozzy vocally at times in the verses. It's a little more radio friendly , if the dial is being turned back to 88. The intro to "Down in Flames" kicks off with guitar worthy to be a Priest classic. The sense of nostalgia is strong , even though they are doing a decent job of being their own best tribute band.

The power ballad  intro to "Hell & Back' once again show Priest is one of the few bands who didn't cheese that out, but can the same be said of the "Wrathchild" like riff in this one.The stomp of the middle section redeems their souls pretty well. The drumming is solid, but it feels like he is trying to hold back and stick to the arena drum sound.

"Cold Blooded" touches some where between "Electric Eye" and Van Halen, with a dab of Rage For Order Queensryche. The darker touch to this song, comes across more evil and works for my money. They should have gotten Iced Earth's producer is one thought this song brought to mind. They do touch on some killer riffs, but once upon a time every riff they touched was killer. "Metalizer" really wants to be Painkiller , but they can't get there and the guitar tone isn't the album brightest moment. The new guy must have wrote this one. The end section makes up for the rough start.

Blues is not where I think Priest would go , nor is it where I want them to go, but they end up there on
"Crossfire". It has it's moments , but is too amateur to stand up against the rest of their catalog. At times like this it feel like they could not find who they are on their gps and it keeps re-calculating. "Secrets of the Dead" starts of like something Maiden would be more likely to do, until it goes into the restrained chug. "Battle Cry" also starts off like "Wasted Years" to me. it later turns into almost every thing you want a Priest song to sound like, so this look back at what they use to sound like is a mixed bag.

The album ends on a more "Rockarolla" moment with "Beginning of the End. This works its a semi ballad. If this album had been more produced like that Black Sabbath comeback album 13, it would hit me harder. These guys still have it when it comes to pulling their old tricks off and writing songs with thought behind them rather than just dialing it in when it comes to delivering the goods. I will give this one a 9.5 for now, as it works pretty well when I put Priest on shuffle so maybe I am being too hard on it, So I will listen to it louder and see if it grows on me.