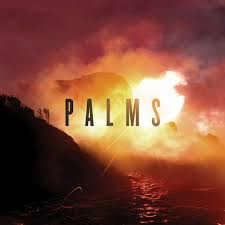 This new side project of Chino, in some ways helps get him away from the time warp the Deftones seems to be in that keeps them dancing around the fur, but it is not too far removed from his old band either. I read a lot of comparisons to the Cure in this team up with former members of Isis and they are pretty much unfounded as most of it sounds like the more drifting ballads the Deftones began to dabble in by White Pony.

The opener "Future Warrior" does have a very post- rock Mogwai guitar riff, where if you think every guitar with delay on it sounds like the Cure then you will draw the same conclusion here, but being a huge fan of the Cure, I'll say it shows the Cure's influence on bands that came out in the 90's who didn't want to be grunge, but that where the comparison ends . The chorus has the quiet to loud dynamic that both the Deftone and mogwai have had...and Isis has mimicked. It is not as explosive as the Deftones and shows more restraint than they have used, bringing to mind A Perfect Circle, but Chino doesn't have the same smooth control over his voice that Keenan has so there is a more emotive angst to it. This album sounds great even though the drums are a little thin at times. It is also the first recording I have heard where I though Chino's voice sounded somewhat strained reaching for higher notes.

"Patagonia" is very Cocteau Twins, which is a compliment to the guitar sounds they created here, as I think Robin Guthrie has the best guitar sound in alternative rock. The vocal melodies don't sound as focused as they were on the previous song, letting the guitars do all the heavy lifting. This is a very Chino thing to do , but works better for the Cocteau Twins as Elizabeth Frasier floats around the guitar but maintains melody. they let the guitars create the melodies here and Chino wails around as if lost in his own world. The dynamic build the instrumentation creates is pretty powerful. It ebbs and flows very smoothly, the builds are more Sigur Ros , than Cocteau Twins as they have a more modern umph.

There is a very slow almost trip hop beginning to "Mission Sunset". The fact it doesn't build at the chorus tries to keep it from sounding like down tempo Deftones, but Chino's vocals are more White Pony here than perhaps any other moment on the album. He could almost stand to be further back in the mix here as the guitars are really the shine to spotlight. The build is awkward but the guitars redeem themselves , it took this  one more time to grow on me as it wanders a bit.

The albums most powerful song might be "Shortwave" that builds up from a Cocteau Twins rolling drone, into an almost metal climax. Chino launches into his trademark squeal, but in short restrained bursts, I think its one of the rare cases where not going metal works out for the best. He does find his feet on establishing the melody here , which is surprising that it hasn't been the focal point of the album so far.

They relish in the shoe gaze on "Tropics" . The guitar rings out in a very lush manner, but Moreno's vocals strike me as a little lazy similar to the lulling patterns that Billy Corgan tends to use. The dudes from Isis are holding back as well, but they could have gotten burned out on the whole proggy direction their old band had headed and opted for less is more. The sounds are immaculate in their delicacy.

The closing number " Antartic Handshake" has more of a Cocteau Twin shimmer, but is more ambiant than the rest of the album at the onset. The vocals use this space effectively to float along with the cloud rather than against it. The drone here is an acquired taste it eventual begins to feel like its dragging and not going any where after if lingers for what seems to long as the guitar takes it time to come back in and even then it takes the album out on a fizzle. . I will give this one an 8.5 as it is better than any thing the Deftones have done in recent memory.