Report to the Dance Floor : Popkissed "It's a Fine Day" 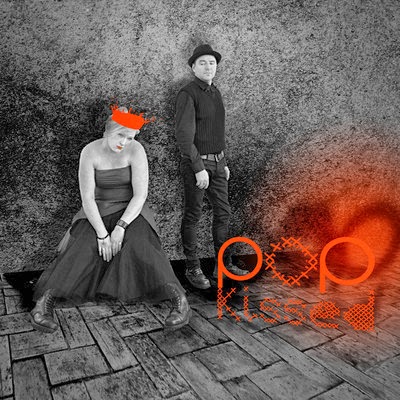 Northern Europe is no stranger to electronic music. Swedish and House might have become two almost inseparable words,  yet culture even in the bustling cityscape of Oslo still holds traces of it's colder and harsher roots than the generally more carefree and sometimes vapid culture of their southern neighbors. This carries over into the art the culture produces.Though this  Norwegian duo lives up to their name, weaving a blanket of beats and pop sensible melodies without being plastic bubble gum.

The two artists that comprise this project come from different worlds as Lill-Ann Blauenfeldt was a soloist for the Oslo Philharmonic Choir and Robert Solheim was already a world renown d.j with his track"Ghost Trip" was voted number 7 of the 100 best Electronic tracks of all time.

The opener " Cold Wars" percolates over the bass line and lifts off into the swirling constellation of synths. The songwriting is finely tuned in every respect, the lyrics form cohesive narratives of surreal stories rather than repetitive hooks dance music relies on. The only time they come close to falling into this formula is on " the Only Diva", but Lill-Ann's approach here is so theatrical it goes unnoticed.

"Tell Me" dips into acid jazz, before soaring back up into a lush topography of  digital percussion. One of the albums' strong points is it doesn't feel the need to apologize for the cold nature of it's electronic make up, but uses it as the ground floor to build the songs from. Blaunenfeldt's husky alto is flexible in the range of her emotive delivery. She reaches down to gather up notes from her impressive lower range on "Illusions".

This album borders on being dark wave,  up beat with a gloss of melancholy over it. Sure sections sound like Sarah Brightman at times but are more reflective . Dancey but without allowing the dance floor being a distraction from song writing. Much of this credit goes to Solheim who was already experienced with working with vocalists in his former project the Opiates.

One of the album's most dance propelled moments comes on "Savior". The harmonies on the vocals almost remind you of the disco glory days of the early 80's. A futuristic portrait of dance is projected on "Red Lips" which maintains some New Wave, but fully upgraded and cyber infused. The title track glistens in the glimmer of night, as chill wave is married to a more driving beat to create a sensual combustion of the two elements.

The traces of the Eurythmics glide across the melody of "Planet".  While "Dangerous is not too far removed from Switchblade Symphony in the ghostly manner the vocals haunt the spectral beats. The lyrics are evocative and conjure imagery current fans of more modern cyber-goth favorites like the Birthday Party Massacre will latch on to, especially lines like " celebration days for the happy undertaker " on celebration time.

This is one of the more innovative edm releases I have heard this year, it has actual songs and melodies, coating the beats rather than just being an after thought. Solheim doesn't try to dumb down any element or go for a lo-fi retro feel on the production, showing confidence in what he has crafted here, just as Blaunenfeldt's performance on this album is very sure of her identity and doesn't see to pay direct homage to her inspirations but celebrate the songs.