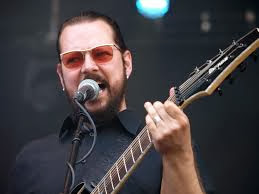 It was good to catch back up with the Emperor front man, here's what he said...

Wil - Well its that time of the month for Halloween, what does this time of year mean for you?

Ihsahn - Oh, I very much enjoy it but it has become about the children.

Wil - Haha, yeah My daughter is three now and one day she wants to be Cinderella the next Batgirl, so we could be buying costumes all month.

Ihsahn - My daughter has been planning Halloween for a year now.

Ihsahn - Always enjoy talking with you ,look forward to talking to you again.